We Are Spirits in the Material World (Sting)

Where does the answer lie?
Living from day to day
If it's something we can't buy
There must be another way 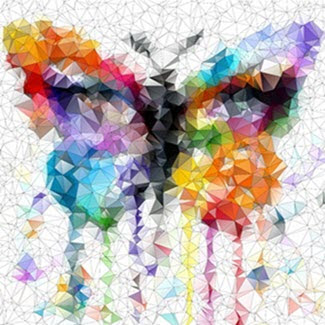 From an early age I always had a certain sensitivity to the underlying world unseen. By paying attention to subtle clues around me I have been able to develop certain talents that gave me advantage in negotiating the world successfully. Learning how to create favorable circumstances without much effort has enabled me to live comfortably and always have choice. It is hard to define exactly what I do to achieve this because it usually results in someone accusing me of manipulating others to get what I want. In essence, that is a fairly accurate description, but such manipulation has always been with the good of the collective in mind. Always.

There is a certain counter-intuitive position entrenched in the prevailing ‘educated’ culture that outright denies the possibility that people might have such talents. Scientific materialism lumps folks like me into labeled categories as psychics or just plain freaks, one step away from the recycle bin. While Western society embraces tolerance, it only means tolerance of what fits into the politically correct narrow definition of reality. Much of my internal life is outside the lines they draw, so I largely keep things to myself to avoid social distress. It seems necessary for people to have some sort of jolting psychic encounter before they take a stand in opposition to reigning dogmas.

As I have often conveyed, my world changed with a Near Death Experience (NDE) in 1973. While the doors of my perception were letting in light that others did not perceive prior to that existential event, surviving a drowning in the surf off Emerald Isle in North Carolina opened a world where even shadows have no place to hide. Anyone who has had such an epiphany cannot help but challenge mainstream materialist thinking.

I've always had psychic experiences - precognition, past-life regressions, and telepathy as well as encounters with other worlds and entities not focused in our physical world. Yeah, I have always communicated with spooks. All of this experience that I find normal is officially verboten because it contradicts the materialist creed. It implies some sort of independent reality beyond the material world and suggests that people survive bodily death. Officially, they want us to believe that nothing follows death. Anyone who has experienced a NDE is loaded with ammunition to argue.

I knew I wasn't alone, so from an early age I sought out metaphysical writings that supported my experience. For three years around 1980 I engaged weekly in remarkable experimentation in realms beyond our own with a group of three other amazing talents. My library probably rivals those of Art Bell and George Noory of Coast to Coast A.M. With the support and encouragement of my contacts and readings, my perception of reality and myself has long since migrated away from the consensually agreed upon definition of reality. I no longer give much attention to or argue with know-it-alls that pontificate about the non-existence of things I know by personal acquaintance. My own experience and the experience of countless human beings blatantly contradict the worldview of reductive physicalism. In my book, experience trumps theoretical obsession every time.

When I taught high school science in the Eighties I found a healthy receptiveness and enthusiasm for psychic topics and practice. Many students expressed considerable talent for psychic expression and even some of the staff and administration was open-minded enough to invite me to speak to groups of adults as well as kidults in some lively sessions, even by invitation to other schools. While the mainstream largely pooh-poohs such discussion and practice, enough people have some affinity for the topic that I can generally find a kindred spirit anywhere I go, even though we are in the minority at this time in history.

Physicalist metaphysics and practical materialist ideologies are triumphant almost everywhere on the planet today. Materialists condemn anything outside of their own narrow worldview, including every variation of spiritualism and the whole of ‘religion’ as nonsensical and pernicious, even psychopathic. The predominating materialist view denies questioning or belief beyond their own self-prescribed dogma. Once we acknowledge the reality of a broader worldview, we can appreciate the positive contribution of all spiritual ideologies.

A contrasting spiritualistic view of the world is broadly shared by a significant portion of scholars and thinkers that have ever lived, but most of them are no longer among us. At this point on the planet we seem to be a minority, a voice in the wilderness of self-destructing neo-liberalism, at a time when materialist values in all their expressions act to the detriment of life everywhere. Materialism today is not just a philosophical position to argue about conceptually. It is an attitude, a disposition that has become a cancer metastasizing throughout the world. It needs to be not just intellectually refuted but excised from the entrails of a morally challenged culture.
at November 06, 2016