The Grassroots of Democracy 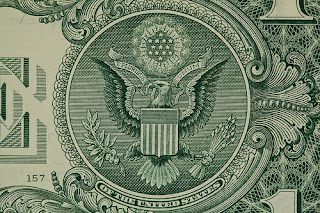 Perhaps something even more momentous occurred on July 4, 1744, however, years before our nation's founding. On this day a meeting was set between colonists and the Iroquois nation to forge an alliance against the French. It was here that a charismatic chief by the name of Canassatego spoke to those assembled, and may have been the first person to actually propose the creation of the United States of America: “Our wise forefathers established unity and amity between the Five Nations. This has made us formidable. This has given us great weight and authority with our neighboring nations. We are a powerful Confederacy and, by your observing the same methods our wise forefathers have taken, you will acquire much strength and power; therefore, whatever befalls you, don't fall out with one another.”

The similarity between Native American governance and the formative structure of the United States, no doubt, originated from the profound influence that Native Americans had on the settlers in the colonies. According to Benjamin Franklin, who was also present at the meeting with Canassatego, the wise chief held up one arrow and readily snapped it in two. But when he lashed together twelve arrows, one for each of the colonies at the time, not a man in the room could break them. The Great Seal of the United States, as printed on the back of every one dollar bill, was subsequently designed in 1782 showing an eagle clutching thirteen arrows.

It was not long after this meeting that Benjamin Franklin began to campaign for a federal union. In 1751, he wrote “It would be a very strange thing if six nations of ignorant savages should be capable of forming a scheme for such a union and be able to execute it in such a manner as that it has subsisted ages, and yet a like union should be impractical for ten or a dozen English colonies.”

Franklin had a deep respect for the political wisdom of the Iroquois nation, despite his reference to “ignorant savages”. His Albany Plan of Union of 1754, which included a principle position of President-General as leader, was shelved but ultimately became adopted as a model for the U.S. Articles of Confederation which became, in 1781, the first governing document of the fledgling union.

It seems fitting that delegates from the Iroquois Nation were present at the Continental Convention convened in Philadelphia as the United States was being framed. The grassroots of our democracy are rooted deeply in the sacred ground of native America. In contrast to European “guilt-oriented” governance with its prohibitive “thou shalt nots”, the Iroquois Nation that early colonists were exposed to was a contrasting “shame-oriented” culture with a strong belief in freedom of expression, providing it caused no harm, using a strong identification with community as the primary tool of governance to motivate individuals to avoid transgressions that could bring shame to the community as well as themselves.  We celebrate our founding each July 4th, but do we remember where we came from?  A return to the original standard of governance modeled by the Iroquois would serve us well today.