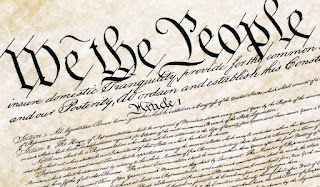 There is a crisis of legitimacy behind much of the political animus in America today. I like to believe that most Americans still believe that the foundation of the American Constitution, with its guarantee of liberty and expectation of personal responsibility and self-reliance, works well enough. Then there are the rest who believe we need a dynamic new “living Constitution” wherein an empowered Supreme Court can issue decrees that adjust our foundational documents to keep pace with changing conditions in the modern world.

Even members of the Supreme Court seem to be at odds over their responsibility to the Constitution. Despite denials, the Court has become increasingly politically charged. Justices too often misconstrue their mandate of fidelity to preservation of the Constitution in favor of rendering decisions that are politically motivated. The beginning of illegitimate judicial constitution-making can be traced back to the 1930's when a dramatic departure from precedent occurred by President Franklin Roosevelt threatening the High Court that he would enlarge its membership and pack it with justices who would agree with him.

It was also during the time of the New Deal that constitutional authority was further eroded when a whole new set of administrative agencies with the power to make laws and the power to enforce them was put in the hands of a burgeoning unelected and unaccountable administrative apparatus entirely outside the intent of the Constitution. The Constitution vests all legislative powers in Congress, which clearly means that legislation cannot be delegated to bureaucrats with the power to make rules that bind citizens.

To advocates who believe in working from the original Constitution, a government of decrees issued by unelected bureaucrats and politically-motivated judges is not democratic self-government, but something akin to tyranny. To “living Constitutionalists”, on the other hand, government by agency experts and partisan judges, making rules for a progressive society, guided by enlightened principles of social justice that favor those perceived as victims, constitutes real democracy.

Forget left and right. Forget Democrats versus Republicans. The battle for the future of America boils down to the Freedom Party at loggerheads with the Fairness Party. Who is to say how the American experiment will turn in the times ahead? It is a critical dilemma, a crisis of ideology that affords no compromise. As one aligned with the interests of Freedom above all other human rights, I acknowledge that we must always be free to make even poor choices. As to the doctrine of Fairness, inequity will never be realized unless true Freedom is established as the foundation of choosing wisely.
at November 05, 2019