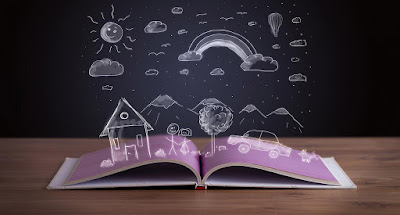 It is the stories we tell that define us. Our stories relate the way we look at the world. From these we shape our societal structures and our relationships with each other and the environment around us; our stories show the way we do business and educate our young, and how we organize and divide our planet. Our science is not so much the ultimate last word on truth as it is yet another story, shifting with time as we make new discoveries.

Our current scientific story is more than three hundred years old, originating with the remarkable discoveries of Isaac Newton. In many ways we still live in a 17th century mind-set. In this story the universe is a place in which matter moves within three-dimensional space and time according to certain fixed physical laws. It is a reliable place with well behaved and easily identifiable matter. But Newton plucked the Creator from the world of matter, ripped out the heart and soul from matter, and left in its wake a lifeless collection of interlocking parts.

Our current story also arises from the evolutionary ideas of Charles Darwin who suggested that survival is most likely only for the genetically fittest among us. Darwin told us we came to this life in a random way, that we are predatory, purposeless, and solitary. He told us we were no more than an evolutionary accident and that if we want to survive we must be the best. He might as well have said that we are genetic terrorists and that it is imperative that we dispose of the weak in order to survive. This story idealizes separateness; we have been told for three hundred years that life is a zero sum game, that for every winner, there is a loser. And so that's the way we have come to believe our world really is.

These paradigms – that the world is a machine, that humans have to compete for survival – have led to our technological mastery in our world, but at what cost? On a spiritual and metaphysical level we are desperately isolated. Newton and Darwin have brought us no closer to any understanding of the fundamental mysteries of our own being – how we think, where life originates, what it means to get ill, how a single cell can turn into a fully formed person, and what happens to human consciousness when we die.

The story that we have all grown accustomed to, however, is about to be replaced with a drastically revised version. With new discoveries in the past century, the emerging story suggests that we essentially exist in unity, and are furthermore interdependent, with every thing impacting everything else at every moment. The coming changes and their implications are extraordinary.

With our emerging understanding of our quantum reality with its invisible web that we live in, we are going to have to rethink our definition of who we are and what it now means to be human. If we're constantly interacting with not only our own local environment, but with the entire cosmos as well, then our current notion of human potential may be but a hint of what is possible.

Winning and losing lose their meaning if we no longer think of ourselves as separate. No more us and them; we're all “us”. When we redefine what it means to be “me”, we'll have to reform the way we interact with other people, animals, plants, and the world at large. We will need to reconsider how we choose and carry out our work, structure our communities, and raise our children. We may even have to abandon all previous societal creations and imagine a new way to live and an entirely new way to “be”.