the Puzzling Precision of Science 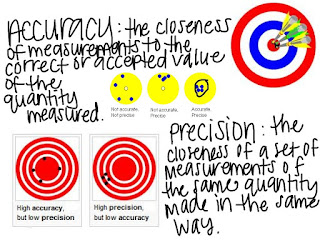 How is it possible for a three-pound chunk of neural tissue wrapped in a meat suit of warm, gooey protoplasm and bones to not only describe itself in exquisite detail, but also describe to an unbelievably precise degree vast realms of an expanding physical universe that was around for billions of years before we even discovered fire, one which our bodies and brains cannot even access with our five senses? Maybe the brain didn't come up with these ideas. Maybe the ideas dreamed up the brain.

It is uncanny, even puzzling how accurately we have been able to measure the world around us. Some of the fundamental physical laws we have discovered are precise to an extraordinary degree, far beyond the precision of our direct sense experiences. The abstract structures provided my mathematics to describe how things work very often seem to have a life of their own. They don't just describe it, but in some sense the mathematics literally is the universe.

It is astonishing when one looks closely at the ability of mathematics to accurately describe the behavior of the physical world. In spite of how complex the world is, we have been clever enough or lucky enough to discern certain “laws of nature”. Without these clearly discerned regularities, science never would have progressed.

Look at Newton's gravitational theory as applied to the movements of the solar system. The theory is precise to one part in ten million. Then there is Einstein's general theory of relativity which improved upon Newton's ideas by another factor of ten million. It has always seemed extremely eerie that energy and matter could be equated by a precise constant of the velocity of light squared, without variability, and stranger yet that someone could even discover this relationship.

Mathematical physicist Roger Penrose suggested that the amazing accuracy of these mathematical predictions “was not the result of a new theory being introduced only to make sense of vast amounts of new data. The extra precision was seen only after each theory had been produced.” When the universe acts just like you theorize it will, when it obeys every rule that was predicted, it leaves one scratching one's head with dropped jaw. Are the theorists doing that good of a job? Why is it that we find precisely what we are looking for always in the direction we are looking, without even minor discrepancies? Are we finding only that which we expect to find? Are we creating our own outcomes according to our expectations? Is the universe giving us exactly what we are looking for?