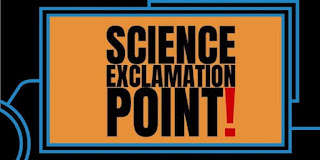 Perhaps the most defining characteristic of a true scientist is a willingness to suspend disbelief and remain open to new discovery, even if it means challenging the existing order of things, alienating colleagues, or even opening oneself up to censure and professional ruin. The greatest discoverers have always been scientific heretics of one sort or another.

Unfortunately, to be a revolutionary in science today is to flirt with professional suicide. Much of most every field of study purports to encourage experimental freedom, but... the entire structure of modern scientific undertaking, with its highly competitive grant system and publishing and peer review system, depends upon researchers conforming to the accepted scientific worldview. The system as it exists tends to encourage individuals to carry out experimentation whose purpose is first and foremost to confirm the existing consensual view of things, or to further develop technology for industry, rather than to generate true innovation.

One must always keep this in mind when the words “scientific consensus” are used to support any issue or measure in the public domain. The climate conversation comes to mind. As with the evolution of every established social institution, eventually self-preservation of the institution rises above public benefit.