Welcome to the Soaring Twenties 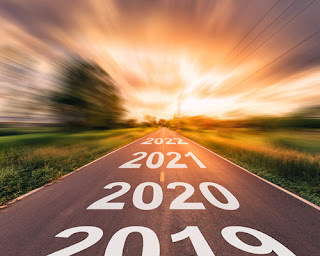 Welcome to the 2020's, a time that will change the world like no other before it; a time of quantum leaps of societal evolution and accelerated personal awakening and achievement. This decade will come to be known as the Soaring Twenties as we as a people and as a planet go beyond the provincial expectations and fears that have steered the 1990's and times before. A quick sketch of what to expect will be a huge clearing of the way for progress, first of all, with mass indictments that will begin this year and continue until those people and organizations that have stood in the way of our planetary evolution will be removed and held accountable. In the first two years alone, expect a declassification of secret space programs and demise of the world banking system with its stifling debt/slavery paradigm. Some uncomfortable and challenging days lie ahead as the world adjusts to a more positive paradigm, but after some darkness, the light that emerges will indisputably expand limits and opportunities for everyone.

There is an Alliance that has formed within the military and the intelligence communities, not only in the United States, but among many nations around the world, that has been working as a coalition to defeat what is called the Deep State, the New World Order, the Illuminati, and the Cabal. The Alliance, whose members have been meeting in secret since the 1950's, only now seems to be reaching its fulfillment. The Qanon phenomenon of the past two plus years has been instrumental in bringing awareness of the workings of the Alliance to the public at large. A broad and growing awakening to the underlying reality that is going on behind the medialized consensual reality is finally emerging.

Among the more remarkable things that one can expect to learn about in the next couple of years are the existence of underground bases throughout the world, especially in the United States. Currently there are over 260 of these very large underground bases that can accommodate up to 65,000 people, with a bullet train system called the Sub Shuttle and underground rivers with submarines that interconnects them. Within this subterranean world the United States government as well as the governments of many other countries have developed diplomatic relationships with a wide variety of extraterrestrial civilizations. Most off-world beings are human or human-like, looking very similar to us if not identical. (We have been misled about the idea that aliens are all bug-eyed greys, which is not true.) These alien civilizations have technology that they have been sharing with us for decades and we have been developing advanced technology of our own that we have been trading with them.

The kinds of technology, both alien and home-brewed, that have generally been withheld from the citizens of planet Earth include free energy, anti-gravitics, health, and portal technologies. The reason such beneficial technologies have been withheld is to maintain the debt/slavery model that has prevailed on the planet throughout recent history, enabling an elite few to control the masses. The Alliance has reached a point where a critical threshold of citizens have awakened to what is going on. With the support of an increasing number of nationalist governments and alternative media on the internet the masses worldwide are rising up in awareness of being held back by the self-serving interests of a privileged few. The lies and deception of the Deep State have been flushed out into the open now, and there is no turning back.

With disclosure and proliferation of free energy, there will no longer be a need to generate energy from fossil or nuclear fuels. With application of existing anti-gravitic and portal technologies we can move about more freely and efficiently not only on planet Earth but throughout a limitless universe that awaits us. Unbeknownst to the general media-disinformed public, during the past half century use of such technologies at high levels have enabled many governments and corporations to venture into space, establishing trade with many extraterrestrial civilizations and colonizing many astral bodies - not only in our own solar system, but far beyond. As incredible as it sounds, literally millions of people who were born on Earth now live and work in space. In an increasing number of instances, the children and even grandchildren of some of these explorers, scientists, soldiers, and laborers have remarkably never walked upon the Earth.

If it all sounds too much like Star Trek, consider that its creator Gene Roddenberry, back in 1964, based the television series on reality. Roddenberry admitted it was not science fiction many times. I was fortunate enough to hear him speak on the topic at a public lecture in 1970, admitting to this shocking revelation following the “first moon landing” and his television series being cancelled. A look into his professional background and experience is eye-opening.

Nothing is new here. It is just being revealed for the first time en masse. Opening the world up to space travel and free energy here at home in the 2020's, along with the elimination of all wars and the banking system and all debt worldwide, enabling us to feed and care for the essential needs of all people on the planet, will allow us to turn our most immediate attention and energy toward creative objectives, personal health, and spirtual fulfillment. So, welcome to the 2020's. Hold onto your seat. Suspend your disbelief. Enjoy the show.