Update on the Coronavirus 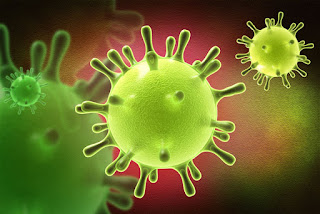 The battle to liberate planet Earth is reaching a dangerous stage as the Khazarian mafia uses bio-weapons to try and start a war between the United States and China.  However, this plan is backfiring because both the Chinese and the white hats in the military-industrial complex know exactly who is behind the bio-weapon attacks on China and now Africa. https://dailypost.ng/2020/02/07/benue-killer-disease-a-mystery-its-not-ebola-lassa-fever-or-coronavirus-nigerian-govt/

P3 Freemason sources say Israeli Crime Minister Benyamin Netanyahu is leading the latest attempt to start World War III and kill off 90% of humanity.  Pentagon sources, while not naming Netanyahu in particular, also point the finger at the government of Israel.  If the Israelis wish to avoid collective punishment, they need to hand Netanyahu and his mass-murdering accomplices over to the Chinese for interrogation, CIA sources say.

In a sign that total war has now been declared on the Khazarian Mafia, both Pentagon and Asian secret society sources have gone silent.  Multiple attempts to confirm independently what is going on in China for example, were met with “radio silence.”  One regular Pentagon source says, “Other than former Joint Chiefs of Staff chair Joe Dunford, who now sits on the board of Lockheed, there is no intel and this may continue for a while.”

There is also an unprecedented campaign of censorship going on regarding the bio-weapon attack on China.  For example, the following paragraph was deleted from a Hong Kong-based news site: “The Ministry of Foreign Affairs of China has officially demanded that the United States explain why biohazard containers were found buried in the evacuated consulate general in Wuhan.  The PRC security forces cordoned off other U.S. diplomatic missions in the country.”

Only the censored version of the article missing this text can now be seen at: https://www.dimsumdaily.hk/russian-scientists-believe-america-created-the-wuhan-coronavirus-to-sabotage-china/

Also last week, the Indian scientists who reported they had found HIV viruses artificially inserted into the new coronavirus infecting China were threatened with death by Mossad agents and forced to retract their paper, according to Mossad sources.  Apparently somebody powerful in Israel is desperate to cover up the fact this was a bio-weapon attack on China.

Of course, the world is not buying the story that this is a naturally occurring coronavirus.  The Muslims know what is going on, as do the Russians and the Indians.  So does everybody else, except a shrinking group of brainwashed sheeple in the West.
https://www.jpost.com/Middle-East/Arab-media-accuse-U.S.-Israel-of-coronavirus-conspiracy-against-China-617021
https://www.dimsumdaily.hk/russian-scientists-believe-america-created-the-wuhan-coronavirus-to-sabotage-china/
https://www.ndtv.com/india-news/coronavirus-all-406-wuhan-returnees-at-delhi-itbp-facility-test-negative-2177537

No matter what though, the U.S. and China are not going to be fooled into going to war with each other.  This can be seen, for example, in an official Xinhua news report about a call Chinese President Xi Jinping had with U.S. President Donald Trump that was requested by the U.S. side.  Trump said, “The United States fully supports China’s fight against the novel coronavirus epidemic, and is willing to send experts to China and offer assistance in various other forms.” http://www.xinhuanet.com/english/2020-02/07/c_138763551.htm

In fact, Trump informed the Chinese that the U.S. had arrested three individuals in connection with the bio-weapon attack on China, including 60-year old Dr. Charles Lieber, Harvard University Chairman of the Department of Chemistry and Chemical Biology.

Robert David Steele, formerly of the U.S. Marines and the CIA, last week sent the following message to the Chinese about Lieber: "Weak signals are emerging that Wuhan was an act of war by Israel against China, using a double-agent, Dr. Charle Lieber, (who is Jewish and therefore especially susceptible to Zionist influence if not control) whose top student from China was embedded at Wuhan University of Technology where he was also a “Strategic Scientist.”"

We are also hearing that this could have been an insider trading double-play like 9/11, also done by the Zionists.  Who benefited in the City of London, Wall Street, and Hong Kong and Tokyo stock exchanges? https://www.justice.gov/opa/pr/harvard-university-professor-and-two-chinese-nationals-charged-three-separate-china-related

In what may have been a retaliatory attack, HIV expert Dr. Frank Plummer who was “recognized for leadership roles in the Sars, H1N1 flu and Ebola epidemics,” died suddenly on February 4th. https://www.bbc.com/news/world-us-canada-51317386


However, there may be an even more sinister aspect to the attack on China that is related to a rogue artificial intelligence. Just before the virus outbreak in Wuhan, the city installed 10,000 5G base stations. As we have reported before, 5G technology was experimented with in South Africa for mass mind control. In other words, the entire situation in Wuhan may be an experiment in mass mind control using the epidemic as a pretext. http://www.xinhuanet.com/english/2019-10/31/c_138517734.htm

Here is what a Mossad source had to report: “As for the Nipah virus, aka coronavirus, you have all the latest intel. China is finished. This is looking more and more like a culling of up to half of China's population. It has been done before as confirmed by high ranking Chinese government officials and history.”

A CIA source described the situation this way: “Remember years ago you hardly heard anything about what went on in China. It was only because they started big factories, making junk for the USA, that we started hearing about what went on there. Still much the same today, still a military-style rule of the people. Nothing has changed since Chairman Mao. It just became more modern and let the people think they have freedom.”

One way to see if we are dealing with a situation caused by a rogue AI is to determine the origin of the now-viral picture showing the similarities between the fictitious Umbrella Corporation of the Resident Evil games and movies, and a Shanghai (not Wuhan as we mistakenly reported last week) based Bao Hu San (Chinese for umbrella) biotech corporation.

What needs to be determined now is if the Chinese company is real or if this is just digital mind manipulation. If the company is real, the next thing to investigate is who financed it. It's a good bet the trail will lead to the Mega group of Zionist oligarchs. https://judas.watch/The_Mega_Group

So the question is: What is the purpose of a combined 5G and bioweapons attack on Wuhan? Part of the answer is that the Chinese are being punished for refusing to pay tribute to the Zionists by handing over their foreign exchange earnings. This means economic, biological and psychological warfare against China. However, Evans-Pritchard of the Telegraph believes that we are facing a black swan that will undo the financial markets.

China is in a total state of war. The Communist Party has evoked the spirit of 1937 and mobilized all the instruments of its totalitarian surveillance system to fight both the corona virus and the truth. Make GDP forecasts if you dare. As of this week, two thirds of the Chinese economy will remain closed. More than 80% of manufacturing is closed, and 90% of exporters. The Chinese economy accounts for 17% of the world economy and is deeply integrated into international supply chains. During the SARS epidemic in 2003, it accounted for only 4.5% of global GDP, which some like to use as a reassuring template. You can't close China for long these days without closing the world.

The situation is already so dramatic that the Baltic Dry Index, the shipping costs, has become negative. In other words, world trade is so bad that shippers pay money to transport goods on their ships. The prices of commodities such as copper and oil are also falling as world trade increases. But somehow the stock markets keep reaching new record highs.

Something is about to break. If we take an optimistic view, the good guys might stage a planned implosion of the oligarch's financial control network. Time will tell, and pretty soon.