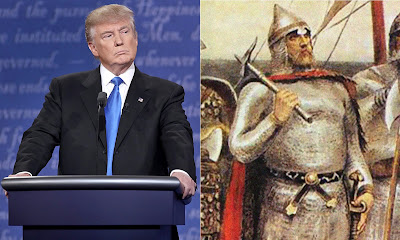 Last August, President Trump made overt moves to acquire Greenland, a large land mass settled by Vikings only a thousand years ago. Why, one might ask? For the president, it would be the real estate deal of a lifetime, one that would secure a land mass a quarter the size of the United States and cement his place in history alongside President Andrew Johnson, who bought Alaska from Russia in 1867, and Thomas Jefferson, who secured Louisiana from the French in 1803. But there must be something more to it. The late politically progressive American investigative journalist, writer, and author, I.F. Stone, admonished us to always know the history of families when viewing such things as this.

Trump has been pilloried and mocked for even thinking about buying Greenland, as well as his being castigated in 2018 for his saying “We should have more people from Norway” — but when you look at “families” as I.F. Stone suggested, it makes sense what Trump is doing when viewed in light of his being a direct descendant of King Haakon V of Norway, a Viking-age king who reigned from 1299 to 1319 - as well as Trump being related to most Icelanders and Danish and Norwegian Royalty — whom themselves are all blood descendants of Vikings. According to Icelandic genealogist Oddur F. Helgason, Mr. Trump is related to Queen Margrethe II of Denmark, Icelandic President Guðni Th. Johannesson, and essentially all Icelanders.

Knowing that President Trump is essentially a “Son of Norway”, it’s important that we recall a particular time period in Norway’s history that occurred in the early 1800s - beginning in 1807 when Norway was attacked by the British Empire at the Battle of Copenhagen, which led to dire conditions and mass starvation in Norway by 1812 — the ultimate result of which saw Norway in 1814, declaring its independence and adopting a constitution based upon the American model.

The constitution adopted by Norway was essentially created by the American Founding Father James Madison — known as the “Father of the American Constitution”, who himself was a direct descendant of the European Royal Families.  Like President Trump’s ancestors in Norway, who were under siege by the British Empire in the early 1800s, so too was then President James Madison, who watched in horror in 1814 while British Empire military forces rampaged through Washington D.C. burning down the White House, the U.S. Capitol, and every other building they could.

As I.F. Stone meticulously documented, and the reason why he was so reviled by many in the American government, the absolute worst decision ever made by the British Empire was their ransacking and burning down of Washington D.C. — because it caused the United States to embark upon nearly a century-and-a-half of specifically engineered wars that by the time they were done, the British Empire was nothing but a hollow shell of what it once was — and once destroyed, watched helplessly as the United States replaced its influence on the rest of the world through war and commerce.

Though hated by the privileged elites in the American government for exposing who they really are and their nefarious agendas, I.F. Stone, nevertheless, and rightfully so, was called “Washington's Conscience”. In his seminal work Polemics and Prophecies, he discussed the lunacy of America’s expanding nuclear arsenal and the charade of US-Soviet disarmament talks from Kennedy to Nixon, and the interlock between the government and military contractors. He cryptically opined in his work that if the United States was ever to be saved: “A new family of Viking Kings would have to arise” — a conjecture some have interpreted to mean he was referring to a group of people having Viking strength and tenacity — but many others have always believed I.F. Stone was referring to a literal king of Viking family descent — which exactly describes President Donald Trump. 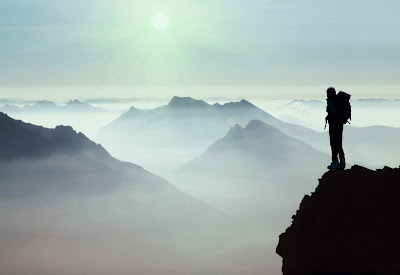