Battle for the Soul of the World 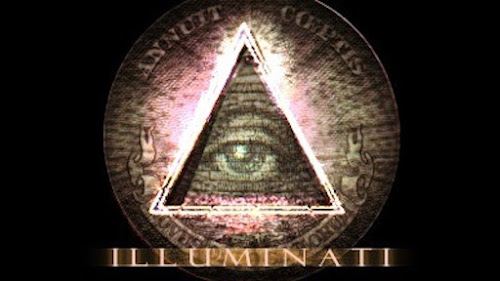 There is a battle raging throughout the world. In its larger sense, it is the modern culmination of the eternal struggle between the forces of lightness and the dark. Forces of the light now have momentum after being suppressed by those of the dark side for millennia – like something out of Star Wars. And like Star Wars, a broad awakening and rebellion is occurring as the forces of light rise up to overcome their dark suppressors. Everything occurring in the world right now is all about this. And the outcome is not in question. Even the dark side knows that destiny favors those standing in the light. So, how do we interpret events in light of the broader struggle?

We increasingly see high profile persons squirming, knowing without question that their ticket is about to be punched, and that there is nowhere safe to run or hide. These are very often desperate people with everything to lose, and for that, we all need to be vigilant and prepare for a relentless, unforeseen counter assault until the rebellion succeeds. Corona virus and the rioting in the streets are nothing more than initial counter strikes against the forces of light that would usurp to power. We live in dangerous times, and must acknowledge that. But we also live in some of the most exciting times ever to have visited our planet. It is finally reasonable to face each day with great hope, however, and great expectancy for outcomes beyond our wildest imagination.

Many of the players – on both sides – are known to all. But those pulling the strings – on both sides – remain largely in the background, and for the most part, nameless. Who are these nameless persons directing those whose names we know – on both sides? For the sake of discussion, let's refer to them as the Cabal and the Alliance.

Evidence that the tide has turned against the Cabal became increasingly obvious with the arrests of Jeffrey Epstein and Ghislane Maxwell. Epstein was essentially a useful pawn, but Maxwell is a direct liaison with the powerful people who control those on the left. Maxwell is what is referred to as a buffer between the powers that be in the world-ruling Cabal and their minions, many whose names we well know – politicians at every level, entertainment personalities, high profile athletes, corporate heads, and so on. Maxwell, because of who and what she knows, along with devastatingly incriminating seized recordings, can bring down, by admission, the entire kingdom of darkness - and the minions know it. That is why we are seeing so much panic and desperation on the side of the left.

So who is really pulling the strings? On the dark side, the ruling Cabal consists of a group of thirteen original Phoenician families, or bloodlines, collectively known by many names, among them the New World Order, the Bilderburg Group, the Illuminati, and the Black Nobility. They include the Astor family, the Bundys, the Collins family, the DuPonts, the Freemans, the Kennedys, the Li family, the Onassis family, the Rockefellers, the Russells, the Van Duyns, the Merovingians, and the Rothschilds. These famous bloodlines control everything. These guys are so rich and powerful, they make Ambani and Gates look like peasants. Their ideologies and connections aren't known to the public, which is why we don't know much about them. Don't question if you don't recognize them - that was their plan all along.

The lands of Phoenicia are just to the west of Israel on the east side of the Mediterranean Sea. Around a thousand years ago the Phoenicians became extremely powerful because of their naval fleet of advanced vessels. But they were not sailors so much as they were the original pirates on the high seas.

Through the process of lust, greed, theft and violence, the Phoenicians quickly and mercilessly created for themselves a very large economic empire. It is through their consolidated economic power through these thirteen families down through time that they have slowly worked their incredible plan of expansion, until in 1913 they created the first of a series of federal reserve banks that essentially governed the monetary system of each and every nation on the planet. In 1913, they controlled only the United States, but through 2015, every nation ultimately capitulated to its contrived economic system consisting of phony money - printed currency based upon usury by the descendants of the Phoenicians. Their considerable wealth was created essentially out of thin air, literally printed into existence.

Their empire was the entire world. To continue their control and dominion over everyone on the planet, they created proxies that would follow their directives without question – the minions we see in positions of authority and many upon whom we have bestowed great social esteem. There are literally tens of thousands of key, important minions in every country – millions of people who must be controlled to get them to do the bidding of these bloodlines through reward, bribery, and threats. Ghislane Maxwell not only has direct access to the original controlling families, but she is in contact with top minions throughout the world. She is a major strategic player for the Cabal, but now in custody and out of the reach of those who would silence her.

A thousand years ago, the Phoenicians' base of power grew throughout Europe and Africa, so they set up shop closer to Europe on the island city of Venice, so thereafter the Phoenicians became known as the Venetians. It has been characteristic of them to deceptively take on such different personas over the past five hundred years. The ultimate of these false personas that they have taken on, however, is the creation of the nation-state of Israel. What they have done in essence is to paint the face of evil on a select group of Jewish people who have become known as Zionists.

On the light side, the history of the Alliance is of more recent origin, even though there have always been those actively opposed to the oppression, usury, and control of the Cabal since it began exercising power. Much of the opposition to and defiance of the Cabal over the past millennium has been dealt with severely or eliminated. At the core of the modern Alliance is the United States military complex which has been privy to all that has been going on behind the scenes since the establishment of our country. Since the ordered execution of President John F. Kennedy in 1963, the Alliance has grown stronger as it has become increasingly resolved to bring to an end the practices of world domination by the Cabal.

Most of us would not know the names of those behind the rebellion, but more and more good people are standing up to be a guiding light for others despite the real threat to their lives by the Cabal. It is accurate to say that the Alliance is and shall always be “of the people, by the people, and for the people” and that their greatest champion today is the highly charge personality now occupying the Oval Office. While the day-to-day forays in the battle may distract and distress, we all need to remember that the outcome of the war is already decided. Take faith that the light always prevails in the end. Better days beyond the imagination lie ahead...soon.