Equal Protection of the Laws 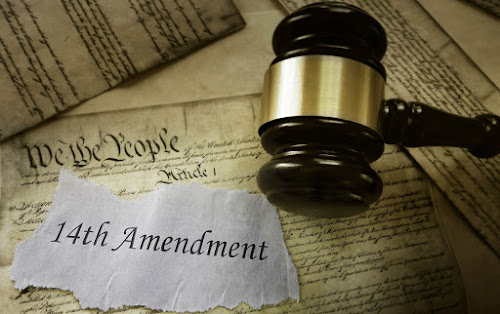 I'm not a Constitutional scholar, but the straightforward languange of Section 3 of the Amendment seems to clearly indicate that neither Biden nor his running mate Harris are eligible to hold federal office.

And under Section 4, the President clearly has the authority to deny the states and their municipalities funding on the basis that they are not protecting law abiding citizens equally. Every day we read how some citi.es are providing material support to the anarchists doing violence in these BLM and Antifa riots.

Would the Congress go so far and to counter such action by rewriting the Amendment, as allowed by provision in Sections 3 and 5?

Interesting questions. Let's see how it all plays out!

Section 3. No person shall be a Senator or Representative in Congress, or elector of President and Vice President, or hold any office, civil or military, under the United States, or under any State, who, having previously taken an oath, as a member of Congress, or as an officer of the United States, or as a member of any State legislature, or as an executive or judicial officer of any State, to support the Constitution of the United States, shall have engaged in insurrection or rebellion against the same, or given aid or comfort to the enemies thereof. But Congress may, by a vote of two-thirds of each House, remove such disability.

Section 5. The Congress shall have power to enforce, by appropriate legislation, the provisions of this article.