A Time of Great Change 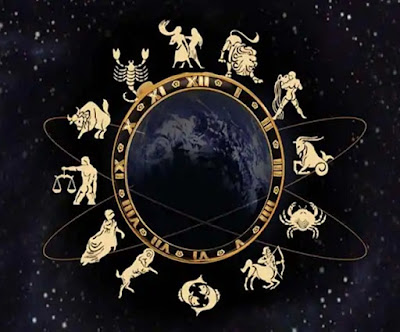 Today is October 12, 2020, celebrated officially as Columbus Day. The Presidential election is three weeks away and it feels like something extraordinary is about to happen. There is a very strong energetic feeling in the air that I think a lot of us are feeling. It feels like we are in the middle of something epic that is culminating right now, not only on this planet, but everywhere. The feeling is that the forces of light are going to make great advances on the forces of darkness, almost in a flash. An unimaginable transition feels like it has already begun. A positive outcome seems obvious... even better than one could hope for. We just can't see the details. Like a kid on Christmas eve, I can't sleep with excitement and expectation.

I've never studied astrology, but I believe the alignment of the stars in relation to each other has meaning and impact for every form of consciousness in the universe. The universe is not random, but cyclic. Astrology is an attempt to read the patterns that repeat time and again and forecast their effects. I believe we have reached a significant alignment of the heavens that has been foreseen by many traditions as ushering in a time of incredible change for humankind... for the better. So I dip into astrological readings and an energy report for this time on the Era of Light web site... out of a curiosity of what others see happening right now. Here is what I found:

October begins and ends with full moons, so we know we’re in a time of completion because that is what full moons represent - the end of a cycle. But we’re also blessed with an end to the strong retrograde activity we have experienced since March 2020 and especially the Pluto retrograde that finally ended on October 4. This transformation has been the dominant energy of 2020; the Saturn/Pluto conjunction of January 12, 2020 is the reason. This is a major alignment that has not occurred for 500 years and always seems to mark a fundamental transformation in the world’s power systems.

For most of us, what happened during the period from mid-March 2020 to September caught us off guard. Who could have foreseen a global economic shutdown and the loss of jobs, with such a dramatic shift of our national financial foundation, plans, projects, and connections? These months of social distancing and isolation have given people time to consider their options, potential, to see where they are limiting or misusing their energy resources. It also gave many time to do some thorough energetic housekeeping and to become more determined to create energetic sovereignty. On a spiritual level this means having strong energy containers and energy boundaries, managing energy connections, and having more intentional control of personal energy. On a material level it means fostering uplifting, energy expanding connections, creating a paradigm of safety and security, and being more grounded, centered, and balanced in one's life.

Now we are in the final three months of the year and there will be a lot of activity happening in this upcoming period that is going to lay the groundwork for the completion of another ascension cycle, which began in June 2012, as we move into the Age of Aquarius. Astrologers point to the 7 Uranus/Pluto squares which happened between June 2012 and March 2015. Those were turbulent times for humanity. This entire cycle of turbulence is due to completely end on December 14, 2020, when Mars stops its retrograde at 15 Aries – the degree of the final Uranus/Pluto square of March 2015.

Why is this important, one might ask? Because the Uranus/Pluto square series was the starting point for the upheaval we are now seeing all over the world. The revelation of mass political corruption, the end of the globalists, the desire for personal and economic freedom, the daily news of the horror of human trafficking, is all part of the Uranus desire for higher consciousness, self awareness, and freedom.

When it started to push against Pluto, which rules the status quo, the fireworks began. But as with all great transformations, the wheels begin to turn slowly and it takes time to reach peak momentum. That's where we find ourselves right now. To help us with the ensuing reconstruction we have a Mercury retrograde starting in two days on October 14, ending on November 2. It’s going through Scorpio into the final degrees of Libra, within aspect of the October 15 new moon degree so it repeats that energy signature.

It is a time of fearful upheaval that might tempt one to want to run and hide. While I don't understand the signs that the astrologers read, I do know it is important to stay the course and wait for the cycle to complete its course. The universal clock is ticking and the stars are aligning favorably. What is happening is that our third dimensional paradigm is essentially coming apart as we undergo vast shifts in every aspect of the foundation of our material reality. Our inevitable ascension to fourth and fifth dimensional reality has begun. So, the advice is to hold onto your hats, because the fun is just beginning.

This week's new moon on October 16 is at 23 Libra and is in hard aspect to the Saturn/Pluto conjunction, which puts pressure on those systems that are coming apart - on the global stage we will be seeing more corruption revealed, more dirty dealing brought to light, and probably a few facts that will make a lot of guilty people very uncomfortable. This is imminent and accelerating, astrologically speaking... this week and beyond!

The last Saturn/Pluto conjunction like this was in the year 1516 when the corruption of the Church was revealed; the Church ruled most of the western world at the time and its corruption has spread to many parts of our reality since then... but it’s all going down in our times because the light of truth is destined to overcome the darkness of evil. This is how the current alignment is interpreted.

We are in disruptive times, unquestionably. More than most know! Be aware that the magnetics effecting the earth are about to intensify, accelerate sharply and start to override the cold stone stuckness of the old, the distorted and the defunct. The pull of the new era of light is getting stronger by the day. Never have the Emperors’ new clothes been so noticeably transparent and the old theatrics and sideshows of the entrenched overlords felt so irrelevant. Take heart! The higher vibrational timelines are collapsing the lower but not without chaos. We are nearly through a huge piece of work.

If you have been avoiding the truth, hiding from reality, not managing your energy resources, or dealing with some karmic issues, you may have a challenge with the new moon this week. But don't view it as a punishment. It is a reminder that we each need to do some energetic housekeeping. Think of it as a big clean out before the Aquarian actions begin in late December.

This is a time for reconstruction, a time to gather energy resources, to set more powerful intentions for your life, to look at what is draining your energy, robbing you of your vitality, making you feel helpless, hopeless, small, and powerless and to turn those situations around. You can be victimized by circumstances beyond your control (like the global lockdown), but you do not have to become a permanent victim. This is October's theme.

We are advised to stay on our witness perch and have the same unconditional heart-based neutral reaction to everything whether perceived as positive or negative. Tomorrow, Tuesday October 13th, Mars is at its closest to the Earth until the year 2035, while in opposition to the Sun. The Messenger is slowing to turn retrograde in Pluto’s sign of Scorpio on October 13 - turning direct exactly on November 3. So expect another upsurge in extreme behavior, clashes, fires, explosions and general mayhem over the next three weeks as a high voltage surge of electricity courses through the collective.

There is so much powerful energy at work this month; it may bring up some painful truths but it is also going to equip each of us with the information we need to become the authority of our own reality, to claim our energetic sovereignty, and to expand our awareness to include our highest potential. We are each called to take action to come into alignment with it and integrate it into our own reality.

What others call a breakdown is really a disintegration, a coming apart of the old beliefs, truths, and limitations so that new light, new energy, and new possibilities of new potentials can become our new truth. It’s the dawn of a new era for each of us and all of us on the earth. The astrological advice is to make the most of this rare opportunity right now, because it won’t come around again for another 500 years.

Things will not calm down until after the president is again sworn in on January 20, 2021, when Mars conjuncts Uranus square Sun/Saturn/Jupiter, bringing out conflict in spades. Hold onto your seats. Thereafter the healing will begin. Forewarned is forearmed. Focus on what’s working instead of what’s not working. Recognize what you’re finding, not on what you’re losing. And notice what is opening up when so much is closing down. The Light will once again shine where for millennia there has been only darkness. Take heart!