Changing the World, One Person at a Time 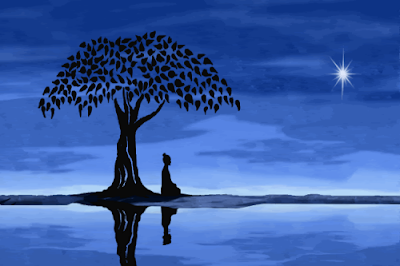 When many people experience something in the same way, the electromagnetic energy around us all begins to show patterns that didn't exist before. It starts to get “sticky”, forming nodes where certain collective thoughts are focused. For humans en masse to create this sort of order in a completely random world, we must begin to appreciate that our minds have more power than we ever realized. Somehow, as human beings, we must have some degree of control over the flow of the electromagnetic energy around us. Science is discovering that the surrounding electromagnetic energy, as apart as it may seem from everything else, may ultimately exist as a function of consciousness. When we all focus on the same thing, we get mass effects.

Perhaps the best illustration of this is the so-called “meditation effect”. The Yogi Mahareshi Mahesh got 7000 transcendental meditators together to focus on pure consciousness, which is the state of mind in which we feel bliss, an overwhelming sense of peace, and an ecstatic unity with creation. It's wonderful! When these 7000 people all under one roof got into an uplifted state of consciousness through meditation, what they found was that it altered the free will behavior of people all over the planet. It altered free will in a very specific way, however. There were 72% fewer acts of crime, violence, war, and terrorism across the globe as a result of this group meditation; and there was a corresponding improvement in economic prosperity. The economy went up; violence went down.

Nearly 3 out of every 4 acts of violence that would have been committed around the world were prevented by a relatively small number of people focusing on peace; 3 out of 4 people that would have hurt someone else decided to stay home that day or for some reason they didn't do anything hurtful. In simple terms, it shows us that we as humans absolutely do have an effect upon our environment. Just 7000 people meditating on peace impacted billions of others with their focus. What would happen if more of us did this, and if we did it all of the time?

Another mass meditation took place in Lebanon during a time of great violence and war. Bombs were exploding literally outside the building that the group was meeting in to meditate, amid machine gun fire outside and a real threat of bodily harm to the participants. Members of the group could have run for their lives and sought refuge, but they decided to stay inside the war zone and exercise their belief in the science of focused meditation. The result of their bold action: Within twenty minutes, all the violence and noise surrounding their building completely stopped. Because they believed that their actions would generate an effect on what was going on around them, they remained calm in the presence of imminent danger. When they focused on peace, the shooting around them completely stopped.

It's almost unbelievable, yet the science behind it is irrefutable. We have this remarkable tool available to each one of us with which we can reduce all the horrible things that go on and alter the free will behavior of the entire planet for a positive outcome. But we cannot rely solely upon global meditations. The problem is that when a group meditation is announced, negative forces among us purposefully target the day of the event with counter events that offset any beneficial net outcome. We have reached a point where telegraphing global meditation events becomes counterproductive, so we don;t see as much of it as before.

In many detailed studies at the HeartMath Institute, findings point to an interesting phenomenon. When one is in an agitated state, the brain waves are choppy and fragmented, very irregular. However, when one is at peace and content, the brain waves are quite smooth and regular. It is a state they refer to as coherence, the subject of yesterday's blog. Repeated studies showed that in the presence of someone demonstrating coherent brain waves, those around them become calmer as demonstrated by their brain activity. In other words, someone who is calming the mind in meditation influences those around them to calm down. They synchronize with the meditator, and not the other way around. Coherence prevails over incoherence always.

So, we have this tool, but it does not require that we meditate in any sort of collective orchestrated fashion. Even at the individual level of only one person, if you begin meditating or praying to gain a sense of peace and tranquility in your heart, scientifically speaking, you alter the free will of others.