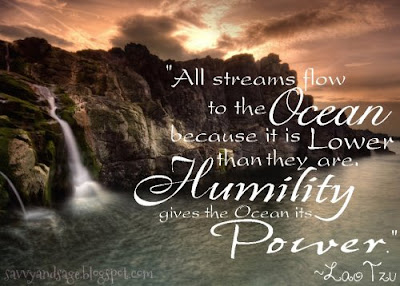 Once, in a small village in Eastern Europe, there lived a rich man who never gave alms to the poor or to charity of any kind. People in those parts never called him by his name. He was known to them all only as the Miser. If a beggar ever came to this rich man's door, the miser always asked him where he was from. “You can't be from anywhere around here,” he would say. “Everyone in this village knows better than to ask me for money!”

In the same village, there lived a poor shoemaker. He was an extremely generous man. No one in need was ever turned away from his door. He gave to every beggar he saw and to every good cause. Whenever a calamity struck a family, in the form of an illness or an accident, the shoemaker was always willing to help. “Just a little something,” he would say, “just to tide you over.”

One day the miser died. Everyone has to die sooner or later. Today someone goes. Tomorrow it's someone else. One day it's me, the next day it's you. We all have to empty this world out so that other souls can be born on this planet. When the miser died, he was not mourned. No one followed his coffin to its final resting place. No one prayed on his behalf. In fact, the village elders decided to bury him at the far end of the cemetary, since he had cared so very little for other people or their welfare.

As the days passed, the rabbi of the village began to hear disturbing news about the shoemaker. “He no longer seems to care about people,” it was said. “He won't give a penny to anyone. He refuses every charity and every beggar who comes to his door, no matter how worthy or hungry they are.”

“Has anyone asked the shoemaker about this?” the rabbi inquired.

“Yes,” one man repled. “He says he needs all his money for himself.”

It was very odd. The rabbi decided to call on the shoemaker and ask him for an explanation. “Is there something wrong? What has happened to change your heart?”

The shoemaker hesitated. Then after a long pause, he began to speak. “Many years ago, the man you called the miser came to me with a huge sum of money. He asked me to give it away in charity. He made me promise to never reveal his name or our arrangement for as long as he lived. And since he paid me a small salary for my service, I agreed. Once every month, he visited me late at night and handed me money to give away. And if I had not distributed every cent by the next time he came, he would become very annoyed. I became known as a great benefactor, even though I never spent a penny of my own money. Frankly, I'm surprised nobody ever asked me about it before. How could a shoemaker possibly give away as much money as I have all these years?”

The rabbi called all the villagers together and told them the story. “The miser lived by the scriptures, keeping his charity a secret,” the rabbi said. “He asked for nothing in return. He wanted nothing for himself. This is the sign of a humble heart.” The whole village walked to the cemetary that day and prayed beside the rough, untended grave. After the prayers for the dead had been recited, the rabbi spoke in a trembling voice, “When I die I ask only one thing of you. Please bury me here, next to the humble man known as the miser.”

- a story from the Hasidic tradition of Judaism

The great poet-saint Jnaneshwar Maharaj described the essence of humility in chapter thirteen in his commentary on the Bhagavad Gita:

Such a person doesn't strive for success in any worldly matter

and feels any honor to be a burden.

If people praise his qualities, if they show him respect,

or if they recognize his greatness,

he feels embarrassed, like a deer trapped by a hunter,

or a swimmer caught in a whirlpool.

He doesn't want others to see any sign of his worthiness,

or to hear any word of his fame. He prefers that other people

not remember him as having any special qualities.

Such a person has no wish to receive respect or honor.

He prefers death to receiving a salutation.

He conceals his knowledge,

makes no use of his high attainments,

and prefers to be considered mad.

He is happy to be ignored

and doesn't want his own relatives to notice him.

This is the way he likes to live.

He behaves in such a way that people consider him lowly.

He desires that people should never know whether he walks

by himself or whether he is propelled by the wind.

He prefers that his existence should be hidden

and his name unknown,

so that no creature will fear him.

He is content with the company of the wind,

takes pleasure in conversing with the sky,

and loves trees as his own life.

A person in whom these characteristics are found

is the intimate companion of knowledge.