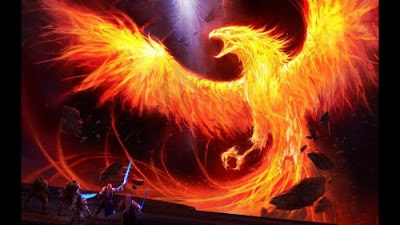 When I grew up, I was happy most all of the time... most all of the time I was not in school. It was an idyllic experience with a loving, supportive family and unbound opportunities to play with others and discover the natural world. So it confounds me that so many children today are unhappy, depressed, bored – words I never knew as a child and still have a difficult time appreciating in others.

So why are kids unhappy and why do they grow up to be disenchanted adults? I've come to the conclusion that it is BECAUSE THEY ARE SUPPOSED TO. There, I said it. What do I mean?

When our babies come into the world, they are essentially helpless and entirely dependent upon others. In our society, most children are raised by two institutions: Parents and “the State”. When I grew up, my mom was always at home. She never had to go to work. That was dad's role. When I raised a family, either my wife or I was at home with the kids. We didn't both work at the same time and we didn't use day care or baby sitters. Today, in a world where both parents have to work, children from a very early age are raised at the mercy of daycare services, schools, religious institutions, and the corporate agenda through television, the internet, and all aspects of the mainstream media.

The vast majority of our children are being raised by a group of “caregivers” who care more about their paycheck and advancement than about the welfare of the kids. This is the modern reality of raising children in a corporate-controlled economic environment. Think about it. Most children probably spend more time with Bart Simpson and the likes of Beavis and Butthead than with their parents. Whose fault is that? It is convenient to blame the system, but ultimately the blame lies upon parents who tolerate anything less than an optimal thriving stimulating educational environment.

We cannot blame the children for the way they turn out. If there are any victims in the world, it is the children with no choice but to be raised in a sick and diseased world imposed on them by anyone given the opportunity - that “we tolerate” and “go along with”.

So how can our dynamic society continue to advance under this kind of abusive influence?  How can we become happy adults leading fulfilled lives if from the time of our birth we are only taught to achieve and maintain a position within society known as the “status quo” - in a world that is accelerating its evolution faster than most of us can keep up? And how can we continue to thrive as a culture if all we really are is a society of worker bees groomed to do little more than consume more and more of the latest products and services solely to drive an economy based upon enormous profitability for only a few at the top, all the while assuring that the government is the only option for raising our children to prepare them to do the same thing generation after generation?

In a world where parents are the victims of societal beliefs, tied to eight-hour-a-day jobs so that their children are largely raised by others, why is it a surprise that children are so unhappy, depressed, and bored today? The vast majority of what we do and what we hold as truth was told to us (without proof) by a chain of people who themselves never knew whether what they were being told was the truth. The earlier government schools can intervene in our child rearing the easier it is for the powers that be at the top to prevent the masses from learning that they are living within a rigged game designed to keep a very small number of powerful people in charge of almost everything.

Are we finally on the edge of people awakening to the longstanding abuses we have endured? The unrest in the streets and voiced at the ballot box may be evidence of this. Goliath may have stumbled in his overreach, and ignored David long enough for him to have picked up a very, very large stone. We'll see!