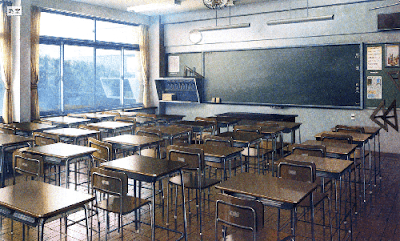 The recent quarantine due to the contrived pandemic has disrupted many entrenched institutional values and traditions that we have come to take for granted. Among them is public education. Schools virtually emptied out all around the world, dumping on parents and society at large the direct responsibility for educating young people, and for perhaps the first time ever, society was forced into resorting to workable alternatives to the way we have traditionally educated our youth. Inadvertently, attention has been drawn to the inefficiency of how we have traditionally taught students. People have increasingly awoken to the possibility that perhaps there are better ways to prepare youth to assume productive, fulfilling roles in society.

One of the questions increasingly being asked is, “How did we get to this point?” Another is, “Who's idea was it to do it this way?” Now that people are awakening to alternatives, more and more of us are wondering “Do we have to go back to the way we did things, or can we reinvent education to make it better than before?”

So, how is it that the majority of schools across the planet, on every continent, are structured and operated essentially according to the same model? Why is it that there is so little variety in the application of instruction, given the undeniable fact that the way we do things now doesn't work very well? Let's take a look at where the modern idea of public education began.

For centuries, the favorite pastime of European rulers was to invade one another to capture more territory. In the early 19th Century, King Frederick William III of Prussia encountered a problem: Most of his troops were farmers who had been drafted into military service. When the enemy shot at them, they had a tendency to immediately turn tail and run home to their family and farm. He was not going to expand his empire with an army like that. What the king wanted was soldiers who, when ordered to make a suicidal charge, would blindly obey — not soldiers who might shoot their commander and run home.

To create this kind of army, Prussia instituted a system of schools that focused on making students respect and obey an authority figure — the teacher. After receiving such schooling as youth, when young recruits arrived for their first day in uniform, they already knew how to stand in a straight line and follow instruction. With this innovative approach to soldier preparedness, Prussia became a military powerhouse. It expanded its territory, and ultimately became what we call Germany.

But the king couldn’t tell parents his real agenda: “Send us your children so we can teach them to be cannon fodder.” So schools also taught reading, writing, and arithmetic. History does not tell us if the primary goal was to mold obedient soldiers or obedient citizens, but Prussia achieved both.

Students did not, however, learn to think independently. The teacher always had the answer; it was the students’ job to memorize it. This, alone, was enough to persuade other rulers to adopt what became known as the Prussian System.

Soon another huge incentive appeared, however: The Industrial Revolution. Previously, most Europeans lived in the countryside and worked for themselves — typically as farmers, shopkeepers, blacksmiths, or carpenters. The invention of the steam engine changed all that. Within a few decades, urban factories sprang up. Farmers — sometimes seeking a better life, other times forced off their land — moved to the city. But they weren’t reliable factory workers. Owners needed workers who would show up on time, follow orders, and accept boredom as their fate in life. Prussian-style schools churned them out.

Even more support came from a different direction. By the middle of the 19th Century, Horace Mann, an American do-gooder, thought the Prussian school system could improve the lives of poor people in the United States, so he got Massachusetts to adopt the Prussian model and other states soon followed.

European nations introduced the Prussian system in their colonies throughout the world. The Prussian model created the docile, low-level workforce that they needed, while appearing superficially to benefit the local population. In most countries today, school enrollment has increased but the Prussian system still predominates.

Today, further support for this system comes from a new source: The education industry itself. A vast network — administrators, teachers, unions, and government officials; textbook and curriculum publishers; teacher training colleges; aid workers in developing countries; and the inevitable consultants — all derive their income from preserving the public school institution that has evolved. Many modern advocates of the system genuinely care about children and education, but they care more about preserving their income and job security. That, perhaps more than anything else, shapes their thinking, and limits their enthusiasm for revolutionary change.

And so here we are today, with a model of schooling intended to mold soldiers who wouldn’t run away when the enemy started shooting, and which evolved to meet the needs of factory owners, but also to make everyone feel good about enrolling their children in government-run schools.

But public schools modeled after the Prussian system no longer serve societal needs for preparing young people for productive roles in a rapidly-changing new world. We no longer need to prepare young people to be obedient soldiers or factory workers who do repetitive mundane tasks on a production line. What we need are creative thinkers, problem solvers, and innovators prepared to tackle the emerging issues we face in a digital world unlike anything that has ever come before. We can find better ways than public schools to educate, stimulate, and motivate young people for the exciting future world none of us can foresee. It is time to reset the system, long overdue, and take a quantum leap beyond the antiquated world of public education.