Where Are the Heroes Today? 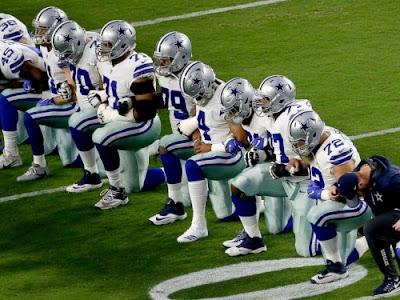 Sport has the power to change the world.
It has the power to inspire. It has the power
to unite people in a way that little else does.
It speaks to youth in a language they understand.
Sport can create hope,
where once there was only despair.
It is more powerful than governments
in breaking down racial barriers.
It laughs in the face of all types of discrimination.
Nelson Mandela

The South African freedom-fighter-turned-statesman, Nelson Mandela, spoke the words above in an effort to heal the country he came to lead after spending a quarter century behind bars for opposing apartheid. To Mandela, sport provided a bridge for racial divide. Athletic competition proved to be a sort of antibiotic for racial animus and discrimination.

The combination of the 1936 Olympic sprinter Jesse Owens winning four gold medals in Berlin, with boxer Joe Lewis scoring a first-round knockout over German heavyweight champion Max Schmeling in 1938, served as a powerful racial unifier in the United States, puncturing Hitler's Aryan superiority myth in the process. Their victories unified whites and blacks across the land, celebrating Owens and Louis as America's first black national heroes. This laid the foundation for Jackie Robinson to successfully begin to integrate our national pastime, Major League Baseball, and in turn, inspired Dr. Martin Luther King, Jr., Rosa Parks, and the Civil Rights movement of the 1950's and 1960's.

This is the world I was born into. Growing up with a passion for playing and watching baseball, the color of a player's skin did not cause me a bit of hesitation in admiring and wanting to be like my heroes in the game – players like Hank Aaron and Ernie Banks. These were my role models – the ones I wanted to be like more than anything. My favorite player and ultimate hero and role model was the right fielder from the Pittsburgh Pirates, Roberto Clemente from Puerto Rico. I played right field as did he and did my best to emulate his throwing and hitting acumen. I lived to watch and dream of playing baseball like Clemente. When he died in a tragic plane crash, the wind went out of my sails. I stopped playing, and even watching, after he died. “Arriba”, as he was called, meant that much to me. It didn't matter than we didn't share the same skin color.

Years later I had occasion to meet and speak with one of Clemente's teammates, Doc Ellis, a real showman as a relief pitcher. I was in awe of him, even after all the years of being away from the game. Never one to ask for an autograph, I coveted the baseball that he signed and gave to me. I admired Doc as much as many man I ever met.

I am not alone. Many Americans across all walks of life live on the edge of their seat as they watch their heroes perform on the field of play. Color and nationality are invisible when it comes to an athlete's performance. Few people see color when they hold up their heroes. America is a shining example of the transformative power of athletic endeavor. The games we play, the sports we watch as a central part of our social behavior, combine with our founding principles to enhance the American experience.

The black-player-dominated National Football League is the most powerful sporting force in American popular culture today. It traditionally provides the highest rated programming on all five major networks. The entire American sports world – a culture that traditionally celebrates victors, meritocracy, colorblindness, and patriotism – has suddenly immersed itself in black victimization and left-wing radicalism, threatening to do permanent damage to the American culture as a whole.

A country that no longer believes in its founding ideals can not prosper and survive. Standing for the National Anthem is an integral part of professional sport in America. Patriotism and sport go hand in hand. Only four years after Colin Kaepernick first knelt for the anthem, the Leftist mob has forced the National Football League, Major League Baseball, the National Hockey League, and the National Basketball Association to take a knee and pay homage to the dishonest Black Lives Matter narrative on police brutality.

Because football in America has been so influential and because its business model has increasingly chased global brands and an expanded global audience, it has become increasingly vulnerable as a venue for manipulation, especially by foreign interests. The militant social justice messaging of Kaepernick and the NBA's LeBron James ultimately serves the interests of both the Chinese Communist Party, globalist corporations like Nike, and the political Left. China rules the modern NBA as well as its de facto parent company, Nike. Like it or not, it is Nike that controls professional basketball – not the NBA. The NBA is nothing more than the in-house marketing department for Nike which has built its empire on cheap Asian labor.

Kaepernick's National Anthem defiance gave the Left an opportunity to polarize pro football and force it into the kind of progressive posturing already commonplace in the NBA. Kaepernick and James are not heroes however the press may portray them, and the furthest thing from being role models for American youth. China has been using James and Kaepernick to promote racial division and destabilize our country from within, with those on the extreme Left as their accomplices. Coalescing around Black Lives Matter and Antifa, they are pushing America toward a contrived climate of racial dysfunction and animus not seen since the Civil War.

These pro-BLM athletes are not heroes, nor role models exemplifying the esteemed values of self-reliance, hard work, responsibility, and good parenting. They are nothing more selfish hacks looking to cash in on commercial product endorsements and political causes.

Today, sport no longer unifies us, nor is it a model of diverse and colorblind meritocracy any longer. It is rapidly losing its following among longstanding fans, and as more and more people boycott sport as entertainment, the ratings will likely continue to plummet. If the feckless billionaire owners of professional sporting teams do not soon reconsider their embrace of the BLM cult, there may be no turning back.

The solution to the reversal of such broad divisiveness ultimately lies in rejecting victimhood in America. I am reminded of the words of Malcolm X as a spokesperson for Elijah Mohammad, promoting bootstrap self-reliance, and disdainful of liberal politics. It would serve well the followers of the BLM narrative today to consider his words from the 1960's, especially those in professional sport:

The worst enemy that the Negro has is this white man that runs around here drooling at the mouth professing to love Negros and calling himself a liberal. It is following these white liberals that has perpetuated problems that Negros have. If the Negro wasn't taken, tricked, or deceived by the white liberal, then Negros would get together and solve our own problems. I only cite these things to show you that in America, the history of the white liberal has been nothing but a series of trickery designed to make Negros think that the white liberal was going to solve our problems.

I love sport. I am an athlete. And I love the country that has given me and my family the opportunity to live a productive, full life. But Black Lives Matter and Antifa are burning down the country I love. Liberal Anarchists are attempting to destroy the foundational fabric of the country I love. I’m not going to support a group of pampered millionaire liberal athletes who support the anarchists destroying the country that made them rich. I do not equate their dissent with the likes of legitimate heroes like Dr. Martin Luther King, Jr., Rosa Parks, and Medgar Evers. I am offended by the kneeling for the national anthem, the finger-wagging, the self-righteous commercials, and the indulgent slogans on the back of their jerseys. If professional sport organizations choose to sell out their fans to the groupthink of a negative agenda-driven minority, then let them play in front of empty seats as their ratings crash and their coffers dry up. I continue to love sport, but am no longer a fan. I choose to stand for the flag and support only Team America from this point forward.