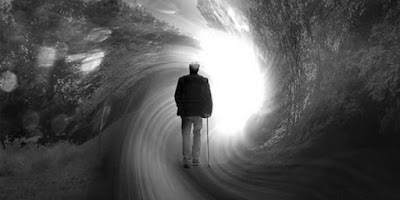 That which continues disintegrates. Any form of continuity, however noble, is a process of disintegration. In continuity there is never renewal, and only in renewal is there freedom from the fear of death. If we see the truth of this, then we will see the truth in the false. Then there would be the liberation from the false. Then there would be no fear of death. Thus living, experiencing, is in the present and not a means of continuity.

Is it possible to live from moment to moment with renewal? There is renewal only in ending and not in continuity. In the interval between the ending and the beginning of another problem, there is renewal.

There is fear of death where there is search for fulfillment. Fulfillment has no ending. Desire is constantly seeking and changing the object of fulfillment, and so it is caught in the net of time. So the search for self-fulfillment is another form of continuity, and frustration seeks death as a means of continuity. Truth is not continuous. Truth is a state of being, and being is action without time. This being can be experienced only when desire, which gives birth to continuity, is wholly and completely understood. Thought is founded on the past, so thought cannot know the unknown, the immeasurable. The thought process must come to an end. Then only the unknowable comes into being.