Let the Journey of Truth Begin 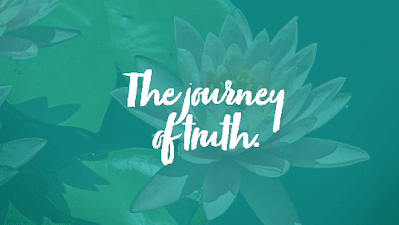 Biden and Trump. Trump and Biden. Covid and Masks. Vaccines and 5G. Fraud and Censorship. That about sums up the news these days. But what is really going on is much larger in extent and potential impact than any of these news makers can encapsulate. The aftermath of the election we are living through at this moment is all about the emergence of TRUTH. While it is certainly a pivot point which will determine how the United States will move forward, it is more a tipping point where the forces of darkness are being forced to stand their ground, perhaps unlike at any time ever before, against the surfacing forces of light that are finally exposing what has actually been going on in our country and the world for hundreds if not thousands of years, and the very dark agenda that’s always running the undercurrent of who gets elected to power and who doesn’t.

The results of this election are going to bring to light a lot of bad behavior and a lot of mistruths that the public at large has been unaware or tolerant of. Before it is all over, a majority of the public will understand that it has not been told the truth by a lot of the media, by a lot of those that hold power, and by a lot of those who have large amounts of money.

Many of those who believe they are entitled to manipulate the rest of us through control and power and influence by virtue of their elite status of renown or wealth are about to be gob-smacked with the inescapable TRUTH delivered by the forces of the light. Many in the public will stubbornly deny that they have been lied to. As people come to understand the TRUTH more and more, however, a general broad awakening will overtake not only the country, but the entire planet.

In the story of destiny, the forces of light ultimately overtake and prevail over the forces of darkness. With this pivot point in time of our post election, the momentum has shifted to the forces of light. Those in the dark can only attempt to delay or combat the inevitable shift toward the light, but to no avail. Nothing can stop what is coming.

We are each on a journey of truth at this moment. As TRUTH is revealed and things around us collapse, our options expand and we can make new choices. Pay attention to whatever it is that you need to take care of you right now. Be willing to look directly into the eyes of the shadow within yourself, without laying blame on others for who you are and how you react. It is never about the other person; it is always only ever about you. Ask yourself where you stand and if it is possible for you to begin to see beyond the illusion to understand the TRUTH.

It is only when TRUTH prevails that we will be able to shift away from dichotomy and polarity. It is only when we begin with loving ourselves that we can love others. Only then will we be prepared for ascension into higher states of awareness.