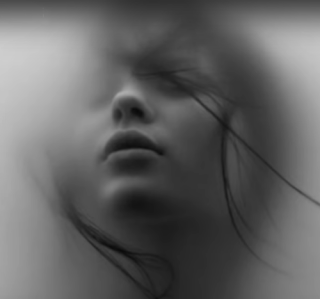 All the good men have been taken, or so I have been told at times by some of my female friends that find themselves alone and longing for a fulfilling relationship. But I cannot believe it is necessarily so, for I also know many a good man who longs for that same one true love, but who, like many a woman, suffers through loneliness in their search. I have been in love many times, sometimes ending in a broken heart for one or the other, so I have some feel as to why some men suddenly go cold, lose interest, and pull away from what might otherwise seem to be a good relationship.

Despite what one may think, the reason is rarely about sex or communication. While these things are important, they’re rarely deal breakers when it comes to the success of a relationship. The truth is that a man become a “flight risk” because being in a relationship is a serious investment for him... and he won’t fully “invest” in a woman unless she gives him what he really wants... something every man craves deep down.

Unfortunately, most women simply don’t know what that something is that a man craves in a successful relationship. The good news is that there’s a new way of getting inside a man’s head to discover this. Call it a relationship “secret ingredient”, and take notes if you are a lonely woman.

Remember John Gray's book Men are from Mars, Women are from Venus? Relationship expert James Bauer has built on Gray's ideas and moved them to a whole new level. He reveals a fascinating new concept in relationship psychology... which he calls the hero instinct. With it he offers women the key to attracting a man and keeping him for the long haul.

The easiest way to describe the hero instinct is with the following line: In a relationship, a man wants to feel like a hero to his woman. And it’s up to the woman to make him feel that way. Picture, if you will, a caveman brandishing a club in one hand, holding back a dangerous predator, while shielding his woman gently with his other hand. This imaginary scenario demonstrates the hero instinct in all its glory.

Even in 2020, men have a deeply-rooted urge inside to provide for and protect women. Don't doubt it. And we want to be appreciated for our heroic efforts. Men are biologically programmed to protect women. It’s embedded in our DNA and we will only seek out a relationship (or stay in one) with a woman who can fulfill this need, whether we know it or not.

Most men sincerely want a deep, passionate relationship. We want it more than we let on, but let’s face it - We men can be confusing. We rarely open up and share what we’re really feeling. And we often simply don’t tell our partners what we really need from a relationship.

James Bauer argues that when it comes to relationships, men are primarily driven by instinctive needs, which are the result of their biology and evolution. Instincts are powerful drivers of human behavior and this is especially true for how men approach relationships.

And the kicker: Most men aren’t even consciously aware of these instincts, even though they act on them all the time. Because the desire to step up for women and protect them is a biological trait embedded in their DNA. It’s not always a part of their conscious thinking, and too often discouraged with the feminization of male behavior in our politically correct world.

Understanding what really drives men can be a powerful tool for women - not only to forge a better relationship with a man, but as a way to make him feel better about himself. Sadly, not understanding what men really want out of a romantic relationship is also one of the main reasons couples separate.

Where have all the good men gone? They have gone the way of heroes. Restore the heroic in your man; encourage, support, and appreciate his heroism daily, and give him what he instinctively needs, and you will both likely find greater fulfillment in the relationship.