One of Ours or One of Theirs?

I have observed Unidentified Flying Objects five times in my life – one gliding without a sound, blinking red and yellow navigational lights, moving at a slow speed above the tree tops directly over me, and one perhaps two miles across with hundreds of backlit portals, slowly rotating within a mile of me. I once saw a UFO make physically impossible maneuvers high in the night sky – changing direction by 180 degrees and reversing momentum instantaneously without changing speed. It is intriguing to speculate about who or what controls such exotic flying craft. Are they alien to our planet... or are they being flown by our own military personnel?

Intel that I have encountered over many years of inquiry leads me to believe that some of them are indeed piloted by military personnel. Through reverse engineering or outright gifts of alien technology, various factions of humanity have probably been able to fly UFO craft going back to the 1940's in Germany.

Perhaps most of the UFO's that people witness these days are Earth-based craft. I'm inclined to believe that many if not most abductions may be the result of a human agenda rather than one that is alien. And there are probably a lot more UFO's in the sky than one realizes, given that the military experienced success with cloaking technology as long ago as World War II. The skies over our heads might, in fact, be quite busy with craft of all sorts – human and alien – if we could remove their technological shrouds.

Studies by the International Space Station using infrared and ultraviolet photography have shockingly demonstrated that Earth's atmosphere is populated by so many flying objects that it looks like fireflies in the headlights – tens of thousands, if not hundreds of thousands, of craft of every imaginable size and shape maneuvering around each other without collision all the time. We just cannot see them with the range of light that our eyes detect.

This military disclosure of advanced technology reveals that superconductors and an advanced electromagnetic field generator, may in fact, have already been in operation for some time. If the technologies described in the patent are already operational, does this mean the Navy has been building and flying UFOs?

Without being deliberately naive, I think the answer has been “yes” for quite some time. Much awaits to be disclosed to the general public as to hidden advances in aerospace technology. Again, from information I have uncovered with just a little bit of digging, there are open source schematics and detailed design instructions online for building antigravitic devices powered by both rotating electrogravitic fields and magnetogravitic fields, enabling any craft to defy the physics that we have come to understand as possible.

The gravitational forces that must be experienced by occupants in some of the craft I have witnessed would turn humans into mush with some of their quick maneuvers. From what I have learned, our military has also been able to implement independent electromagnetic technology for the occupants of these craft that dampens the effects of the G-forces that must occur when these UFO's make such tight turns at high speeds.

There is much that we on the ground who stare into the night sky with wonder have yet to learn. It will be exciting as more is revealed. I still hold out the very real possibility that I may one day look back on our lovely blue water planet from the vantage of space. For me, knowing so much is going to change so quickly, it is a major motivating factor for me to stay healthy and fit for as long as I can. I want to hang around long enough to see it all and maybe be a part of it. 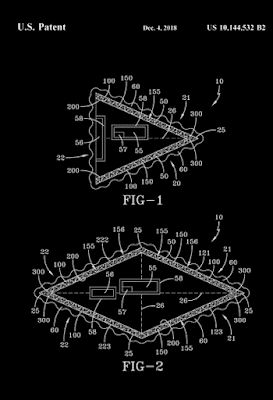