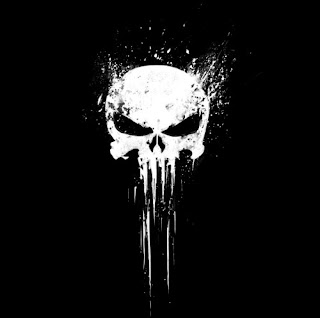 The great nation of the United States is under a curse, or so it would seem. In the Scriptures, it says that when people are under a curse, when they are out of step with God in the way they conduct their lives, they may think they have it all because they lay up wealth and treasure, but it's all no better than putting money in a bag with holes in it. No matter how full you stuff it, you are just going to leave a trail of money.

We've been doing something like that here in America for a long time. Most of us know something is wrong. We sense it, but we have trouble pointing the finger. We work hard and do our best to accomplish great things. We know we are smart, yet we are missing something right in front of us – we are missing the curse on the land that comes from events that heretofore have not been dealt with, nor reconciled. When a murder was done in times past, until the murderer was found and brought to justice, the crops wouldn't do well, the rain wouldn't come. It was widely recognized by the people that you had to bring justice to the world before things would again be right.

Such is the time and place we have arrived in America today. Something is wrong, and until we make it right, we cannot move forward and reclaim our destiny. Another place in the Scriptures, it is asked: “Who will be valiant for justice' sake?” Who among us will stand up to make it right again? We have a whole country full of people who are just satisfied being observers. The stolen future that we have lost - all the promises, the beautiful dreams of things we saw that we were going to accomplish and enjoy in our generation have been stolen from us. Sure, we've done great things - we went to the moon, and that was great. But since then all we have been doing is just going in circles – round and round and round with never a straight answer about what is really going on.

Big doors turn on tiny hinges – since one event in our history – the future of generations has been lost. So how do we break the curse? What is required? Those who have blocked us from apprehending and prosecuting those behind the theft are the very same criminals holding us back. They perpetrated one event in 1963, the murder of not just a remarkable individual who had great influence here in America, but one whose aim was to never again kick the can down the road.

The coup that brought him down has been going on a long time – call it the stealing of America, the cutting of holes into the bag where we keep our wealth has been perfected and amplified over generations. The final dagger into the heart of America was one murder. Since that event, those dark angels have restrained, choked, and bound America from doing that which was its destiny. Our future was stolen from us by men whose sole aim was to advance their own interests, selling their souls in the process for as much power and control, as they could grab, enslaving their fellow man to serve their agenda, ever pursuing gain in this world without thought to the next.

There are many among us who are called to break this curse, like sentinels who have observed and are now ready to act. The country and world need those willing to step forward and act right now, to stand our ground and not give up, no matter what the cost. and never again ignore the injustice perpetrated on the people of this great nation. The question each of us must ask remains: “Who among us will be valiant for justice' sake?”