What an Old Man Knows 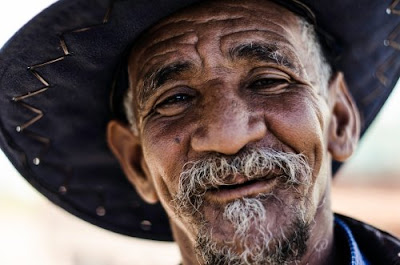 Across a lifetime, with the piling on of years, I often reflect upon whether I have gained in wisdom or whether I have, on net, lost more in the bargain than I have gained. I like to think my sword is still sharp, mostly, and that I am open-minded to fresh perspectives. When I used to teach high school science and would wander off from time to time into topics of interesting esoteria, I would often conclude a class by admitting that I might be wrong about all that I just spoke of.

But maybe I'm avoiding an obvious truth, after all is said and done, that I'm just like most guys my age and suffer with a condition of all-knowingness called “Old Man’s Disease” (OMD) - defined as the mental condition that causes us to believe that we know everything. Sufferers of Old Man’s Disease know how all things were, are, and will be. The victims of this affliction generally can’t be told anything new that will change their minds. They like to argue, but aren't interested in your side of the argument. While I think I am amenable to new ideas, perhaps I am like most OMD victims; I like to think I know about health and politics and history and how to handle most any problem that comes along, but at the same time I'm still not shy about admitting “I may not know for sure” when confronted with someone stubbornly convinced that they know more than I.

You don't have to be a man or even be old to have OMD. Old Man’s Disease is probably more prevalent than anyone suspects. I've seen a lot of it lately with the covid and political crap we've been facing. How often do you say “I don’t know”? If you’re like me, you probably stretch the truth more than you'll admit. There’s not much in our daily lives most of us “feel” like we don’t know, for better or worse!

I come to find out that this ubiquitous illusory sense of all-knowingness may not be our fault after all. According to Nobel-prize-winning psychologist Daniel Kahneman writing in his book “Thinking Fast and Slow,” this know-it-all tendency is part of our genetic heritage and is a feature of what he calls System One, a part of our awareness that evolved to deal with potential survival threats represented by the unknown. Kahneman says System One operates on a survival imperative, reacting first and asking questions later. This part of our built-in decision-making apparatus is fast-acting, automatic, intuitive, and non-rational. When we see a photograph of a snarling lion or a cop having a bad day, it’s the part of us that knows that it’s looking at the appearance of anger and it arrives at its conclusion instantaneously, without deliberation or rationalization. And what’s worse, it never questions its assessments. It simply “knows.”

The problem with our sense of certainty and knowingness is that it has a tendency to close us off from new ideas and concepts. There’s a type of tyranny to knowledge. How many wars have been fought and how many people have died because someone ”knew” what was good and right and moral. In our personal lives, “knowing” closes us off from exploration and originality. Knowing is the antithesis of curiosity. And worst of all, knowing can shackle possibilities and potentials, for when we “know” how and what something is and we “know” how and what something is not we will be less likely to look for possibility. On the other hand, when we open ourselves up to “I don’t know” through acknowledging our ignorance and diving into the mysterious un-known, we can experience an entirely different universe and a brand new reality. The boredom and ennui that inextricably linked to our tired old way of doing and being will give way to thrillingness and excitement, a freshness that is the chief feature of the nascent and new.

The hallmark of human consciousness is our capability for creativity and innovation. It’s what is called genius and is marked by the ability to come up with original solutions and conclusions. But to access that genius we need to be able to step outside our familiar cognitive frameworks and resist the urge to fill in the blanks of unknowing with our preconceived notions and antiquated answers. We need to respect the unknown and the mystery and by extension what could and might be. Perhaps D.H Lawrence expressed it best in his 1922 book “The Fantasia of the Unconscious” when he wrote: “The supreme lesson of human consciousness is to learn how not to know.”