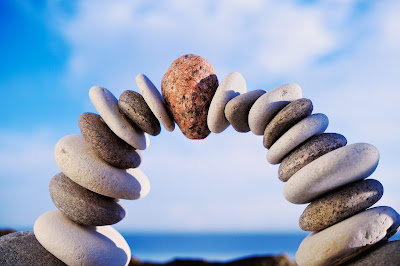 The nature of science is change. Since science is all about discovery with expanding inquiry, the findings of science will always be evolving, supplanting established facts with often contrary new understandings. Unfortunately, much of what the average person understands about science does not stretch much beyond what was taught in school. For most folks, science is a collection of established facts instead of the evolving process that it actually is. As science has expanded, most of us are left behind holding a bag of old facts that have long since been shown to be wrong, and replaced.

For instance, Einstein's mass-energy equation, presented in 1905, remains more than a century later one of the most significant game-changers in the history of physics. While even the most unscientific among us can readily spout Einstein's famous formula, few of us have been able to incorporate how it radically changed our view of the world into our daily lives. We're still stuck in a paradigm of the world that frames everything in terms of scientific materialism, while scientific inquiry and advancement have moved well beyond.

When most of us hold a thing in our hands we agree that the substance of the physical object we see with our eyes and touch with our hands is a material object that is real. Everything we touch is made of atoms, and atoms are real, right?

In 1905, the famous formula that we all acknowledge was one of the greatest discoveries of humankind proves beyond any doubt that atoms are actually not made out of matter, but are made of non-material energy. Our "stuff" is more illusion than real. Einstein said so, and proved it beyond any doubt to the world. In subsequent years the atoms that make up all the stuff in the world have been shown to be comprised of a whole menagerie of subatomic particles with exotic names like quarks, bosons, and fermions. But these aren't made of matter either, but are understood to be more like dynamic vortices of energy by particle physicists.

Our long-held perception going back to even before Sir Isaac Newton that the physical objects we perceive in this world are real is not the current understanding of science. All matter is an illusion. Einstein's unified theory, which attempts to explain the nature and behavior of all matter and energy, redefines the Universe as one indivisible dynamic whole wherein everything we know to exist is entangled and interdependent.

We still cannot say with certainty at any given time what an atom even is. Is it a particle? Or is it a wave? Both and neither is a good answer. At best, all we can say with certainty is that the existence of matter is uncertain. We cannot touch an atom. We can't measure it. We most often cannot find it, though we know where it was; furthermore, we cannot predict exactly where it will be with any certainty. The description that fits best is that atoms are illusory.

Quantum mechanics tells us that the material Universe and everything we think we know about it is actually just a component of (and controlled by) an invisible universal matrix of energy forces that collectively comprise what is known as “the field”. Einstein said that “the field” was “the sole governing agency of matter”. If this seems unapproachable, then consider that as long as you attempt to understand it using “the scientific method”, your inquiry is going to go nowhere because your scientific inquiry is limited to the physical material world.

Science has always refrained from crossing over to explore elements of the invisible realm and metaphysical notions, quickly passing such matters onto the Church which has never been encumbered by the rigid laws of physical science.
Quantum mechanics undermined science's preoccupation with materialism. Rather than watch scientific materialism disappear in the rear view mirror, we need to stay focused on the holistic world we are becoming increasingly immersed in since Einstein's pivotal finding more than a century ago.

We must abandon old notions and begin to now grasp that our reality is a world where everything interacts and is interdependent with everything else. This is the new “real”. In Carlos Castaneda's work with Yaqui sorcerer Don Juan, the illusory world of everyday life that we see with our eyes is referred to as “the first attention”, while the matrix behind the illusion – the field – is “the second attention”. Throughout his apprenticeship to the old Indian sorcerer, Carlos learned how to move beyond the illusion and be completely present in his awareness in the field. Einstein said more than a century ago, “There is no place... both for the field and matter, for the field is the only reality.”

Einstein's discover is but one instance of many advancements in our understanding about the world. It is foundational, however, to developing a broader understanding of the unseen reality that has been hidden from us by our own narrow focus of scientific materialism. People have largely ignored Einstein's findings for more than a hundred years. Most all of us continue to cling tenaciously to the illusion of a material-based reality, long since shown technically to not exist. Yet, we persist in trying to live a Newtonian existence in an Einsteinian world.

While scientifically advanced nations have had no problem using quantum physics to develop atomic power and nuclear weapons, when it comes to applying its understanding to the everyday world, most of us are still blind to the invisible world. We live in an 'us and them' world of competitive war-based political systems that only serves to intensify separation and divisiveness. Our preoccupation with materialism has led us to be little more than possessed by possessions and consumed by consumerism. Our schools continue to “produce” students who are graded by measuring their achievements, even though all of the knowledge known to humanity is ripe for harvesting by every human at no cost on the Internet. Our healers focus only on the physical character of the body, even though working with the body's energy fields has proven to be far more efficient and effective. Mainstream medicine has a stunning lack of curiosity when it cannot attribute a healing to its conventional ministrations.

Our science has expanded our world. We have not kept pace by applying what we have learned. If we are to survive and thrive into the future, it may become necessary to replace the myopic paradigm of scientific materialism with a more holistic quantum outlook. We have a choice: Begin to act like we are all interconnected and interdependent or continue to act separated and divided. There really may no longer be a choice!
at October 25, 2019