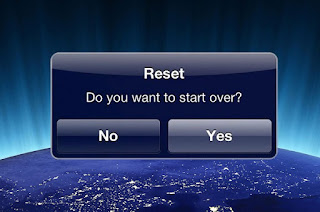 A major global economic shift is fast approaching. While a reset is not likely to occur until after the reelection of President Trump, the groundwork is being laid for the end of the Central Banking System by the establishment of a new global financial protocol. General Secretary Xi Jinping, President Vladimir Putin, and President Donald Trump, along with a group known as the Elders, have agreed upon and are carrying out a Global Currency Reset that includes asset-backed currencies like gold and silver, some form of sovereign debt jubilee most helpful not only to the USA but to many Third World countries, and miscellaneous other country-specific initiatives. In the near term, before election day 2020, one should also not be surprised to see some sort of a student debt jubilee, some form of health nationalization, and an end to the federal income tax along with the formal nationalization of the Federal Reserve.

We are stuck in a situation where we’ve got too many obligations we cannot meet and too many debts that will never be repaid. We have been trying to run the country for the past 15 or 20 years on debt because we can no longer provide the kind of industrial growth that we have been used to. All we have is this massive consumer spending industry in which we have been borrowing from the future to pay our bills today, and we are running out of our ability to borrow more. What is happening is that we are going to lose the ability to support a lot of activities that we have been doing.

It starts with energy and its relationship to banking and our ability to generate the kind of growth we need to keep rolling over debt. The reason debt will never be paid and obligations will never be met is we are not generating that sort of growth. We're just generating frauds and swindles. Frauds and swindles are fun while you are doing them and they seem to produce a lot of paper profits, but after a while, they are found out and have to come to an end. Then you have to do something else. A great deal about our economy and our way of life is false and is going to fail. Then we are going to have to make other arrangements for daily life. It will probably mean we will be organizing our stuff at much more of a local scale.

Most wealth in the world today is both digital and fictional. The Central Banking system has been running a massive fraud operation for a long time in which wealth is literally invented at will by bank owners and transferred digitally across the SWIFT system at face value. As much as 70% of the alleged wealth claimed by the 1% is not backed by tangible assets or proper documentation. This puts national leaders in a very strong position because military force can control who benefits from tangible assets such as land. We may very well finally be at the beginning of an era of peace and prosperity in which the public becomes the primary generator and beneficiary of national wealth.

One of the unforeseen potential benefits of the planned reset will be to sharply reduce transnational crime. A new banking system that does not allow fictional wealth to be created along with radically improving the use of coordinated Signals Intelligence (SIGINT) between the United States and Russia, and also likely including China and Iran, would lead to the eradication of transnational criminal networks, both black collar and white collar. Intelligence and counterintelligence will finally work in service to the public rather than to the worldwide cabal. Such a capability will immediate gut the entrenched criminal network comprised mostly of Russians, Israelis, and Americans who have been heretofore beyond the reach of traditional law enforcement, in large part because of the corruption of the U.S. Congress and the FBI.
at October 30, 2019