In the Shadow of Giants 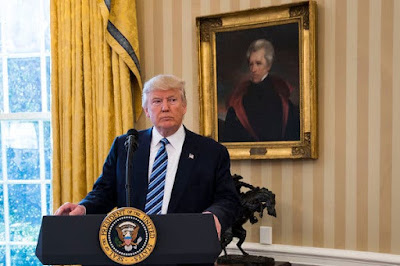 Andrew Jackson was the seventh United States president, serving from 1829 to 1837. He earned his reputation as a major general in the War of 1812, commanding U.S. forces in a five-month campaign against the Creek Indians who were allies of the British. After that campaign ended in a decisive American victory in the Battle of Horseshoe Bend in Alabama in mid-1814, Jackson led American forces to victory over the British in the Battle of New Orleans in 1815, elevating Jackson to the status of national war hero. In 1817, acting as commander of the army’s southern district, Jackson ordered an invasion of the territory of Florida. Capturing the Spanish posts at St. Mark’s and Pensacola, he claimed the surrounding territory for the United States. The Spanish government vehemently protested, and Jackson’s actions sparked a heated debate in Washington. Though many argued for Jackson’s censure, Secretary of State John Quincy Adams defended the general’s actions, and in the end they helped speed the American acquisition of Florida in 1821.

Jackson was the nation’s first frontier president and the first president to be born as a citizen. His election marked a turning point in American politics, as the center of political power shifted from East to West. “Old Hickory” was an undoubtedly strong personality. His supporters and opponents would shape themselves into two emerging political parties: The pro-Jacksonites became the Democrats (formally Democrat-Republicans) and the anti-Jacksonites led by Daniel Clay and Daniel Webster would become the Whig Party. Jackson made it clear that he was the absolute ruler of his administration’s policy, and he did not defer to Congress or hesitate to use his presidential veto power. For their part, the Whigs claimed to be defending popular liberties against the autocratic Jackson, who was referred to in negative cartoons as “King Andrew I.”

Jackson embraced the Jeffersonian notion that the government needed to get out of people’s way. While Jackson was not the political theorist and wordsmith that Jefferson was, he did offer a coherent worldview to the American people. In many ways, he was a greater leader than Jefferson. The basic outline of the Jacksonian creed was simple, but it had a lasting impact on the course of the nation. The first plank of Jackson’s political philosophy was that entrenched interests in places of power can become dangerous to the liberties of the American people. Jackson believed that civil servants, who tended to see their office as their own private property, had wiggled their way into comfortable  positions in Washington, D.C., and had become slothful, incompetent, and in many cases corrupt. He intended to drain the swamp.

In his first annual message to Congress, Jackson explained his philosophy: “In a country where offices are created solely for the benefit of the people no one man has any more intrinsic right to official station than another. Offices were not established to give support to particular men at the public expense.” Jackson’s solution was not to give away handouts nor to have the government control business—which he would have seen as economic folly and un-American—but instead to sever the corrupt ties between business and government whenever possible.

Jackson gave one of his most eloquent denunciations of crony capitalism in his message to the nation on his veto of the Second Bank of the United States Charter. Though the national bank did provide financial stability for the economy, Jackson worried that it had become too powerful and unaccountable. Indeed, many politicians were on the bank’s payroll. “It is to be regretted that the rich and powerful too often bend the acts of government to their selfish purpose. … When the laws undertake to add to these natural and just advantages artificial distinctions … the humble members of society—the farmers, mechanics, and laborers—who have neither the time nor the means of securing like favors to themselves, have a right to complain of the injustice of their government.”

Jackson relied even more heavily on the concept of “peace through strength,” to quote a favorite phrase of Ronald Reagan’s. He was willing to threaten to unleash American military force, even against superior foes, in order to get diplomatic concessions out of other countries that he felt were treating the United States unfairly.

The United States was not embroiled in any major wars during Jackson’s presidency, and the country secured more trade agreements than under any previous administration. The man America’s political establishment had called a reckless incompetent got things done, and his supporters cheered him on. Jacksonian populism did not destroy America; it reinvigorated it. While Jackson had his contemporary detractors, the country was stronger with a roaring economy when he left the presidency than it had been before his ascent to the office, achieving enormous successes. And perhaps just as important, he staved off worrying trends that endangered the Republic.


If you have ever wondered why President Trump has a portrait of Andrew Jackson hanging on the wall in the Oval Office, it may be because Jackson stood up to the Elites, got rid of the Central Bank, and drained the swamp in the early days of the Republic. If you substitute Trump's name for Jackson's, it all starts to make sense.
at October 06, 2019