Last Days of the Banking Scam 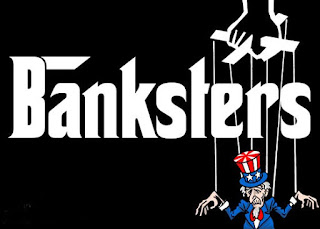 The world's two largest bankers are the World Bank and the International Monetary Fund (IMF), created at the end of World War II by 45 Allied nations to create monetary and financial order at the end of the war. Ostensibly, the world Bank provides financial and technical assistance to developing nations and countries recovering from conflict or natural disasters and in cases of humanitarian emergencies, while the IMF monitors global financial systems, exchange rates, and balances of payments.

While virtually every nation on the planet must deal with these banking entities, critics maintain that the primary purpose of the World Bank and IMF is not for the benefit of poor and disadvantaged countries, but for the benefit of big business in the United States. The net effect of their policies and actions since their creation has been to preserve global poverty by keeping developing nations in a state of permanent debt. The credit that is extended (more like, overextended) to Third World nations is a scam in which banks and their preferred crony capital partners reap billions at the expense of the poor. 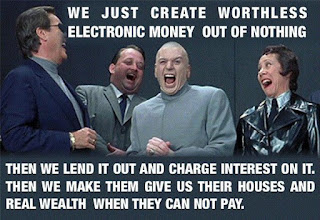 This occurs by the banks purposefully lending these Third World countries more than they could possibly ever repay, then assuming ownership of key economic resources when they ultimately default on repayment. The rich get richer, and the poor get poorer, and if the powers that be in the poor nations don't like it or aren't willing to play by the Bankster's rules, they are strong-armed, threatened, or eliminated.

All this is about to come to a grinding halt. The days of easy money that is hard to pay back are coming to an end. The Banksters are soon to be Trumped. Wait for It.