“Look on My Works and Despair... Nothing Beside Remains” 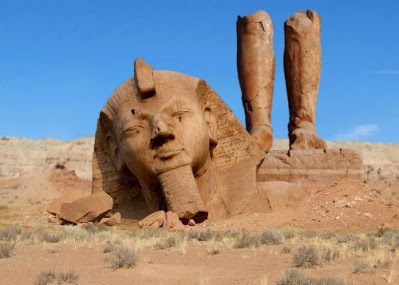 I must have first read Percy Bysshe Shelley’s 1818 sonnet Ozymandias back when I was in middle school, but its historic look-back and haunting outlook has never left the recesses of my memory.

I met a traveler from an antique land,
Who said—“Two vast and trunkless legs of stone
Stand in the desert. . . . Near them, on the sand,
Half sunk a shattered visage lies, whose frown,
And wrinkled lip, and sneer of cold command,
Tell that its sculptor well those passions read
Which yet survive, stamped on these lifeless things,
The hand that mocked them, and the heart that fed ;
And on the pedestal, these words appear :
My name is Ozymandias, King of Kings ;
Look on my Works, ye Mighty, and despair !
Nothing beside remains. Round the decay
Of that colossal Wreck, boundless and bare
The lone and level sands stretch far away.

Shelly’s great poem should remind us that civilization is ever a fragile thing, not to be taken for granted. Human history is not always a march of progress from barbarism to shopping malls. We do not always move forward in wisdom, intelligence, and technology, or in economic or political accomplishment. Sometimes we go backward. And sometimes we collapse.

The human subject of Ozymandias was Ramses II, the Great Pharaoh who ruled Egypt from 1279–1213 BCE when it was the most powerful empire in the world. During the late Bronze Age, the Mediterranean world had developed a surprisingly complex network of cultural and commercial ties. These societies, including Mycenaean Greece, Pharaonic Egypt, and the sprawling kingdoms of the Levant and Asia Minor, had a level of sophistication that would not be seen again in the world for hundreds of years. In or around 1177 BCE, however, all of these cultures collapsed. The commercial and cultural networks unraveled, the ability to read and write was largely lost, and this highly organized magnificent culture crashed to the ground.

Are we witnessing a repeat of history with the imminent collapse of our modern way of life that we take for granted? Below are a few charts that reflect the illusion of financial growth that currently has a death grip on the public psyche. Something for nothing is a powerful attractor, but it doesn't offer a narrative that the delusionally self-important demand: I earned this by working hard and being smart. It had nothing to do with currency being created out of thin air and made available to insiders, financiers, banks, etc., or being able to leverage this new money into ever-larger bets, all guaranteed to be winning trades by the Federal Reserve.

Note that tangible assets - real as opposed to financial conjuring - are at historic lows relative to financial-bubble assets: tangible assets represent such a meager proportion of total assets that we might assume they could slip to zero without affecting our "wealth" much at all. If we compare financial-bubble assets to the nation's Gross Domestic Product (GDP), a flawed measure of real-world activity, we find they are worth over six times the nation's real-world economy. This reflects what happens to the valuations of these illusory assets when "money" is created out of thin air and then leveraged into fantastic, monstrous illusions of "wealth."

Take a look at the chart of M2 money stock, and understand how this is not just plain old normal healthy "capitalism" at work. And then try to explain who is getting all the Fed's free money. It certainly isn't those working for a living, as evidenced by the chart of money velocity, which has plummeted into the Dead Money black hole from which there is no escape.

If you are comfortable with your financial circumstances continuing and optimistic of the easy street you have created, feel free to lavish yourself with praise for constructing a castle of wealth in the sky with your hard work and genius, and keep chasing your tail because the Fed has promised us all it will always be there to bail us out. It is all fantasy. But ask yourself... will it be your head in the sand when the castle comes down, as all castles inevitably do? 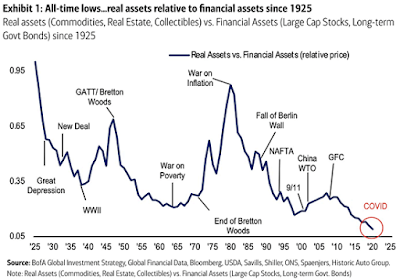 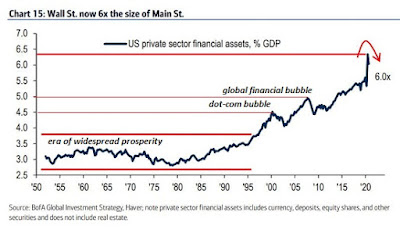 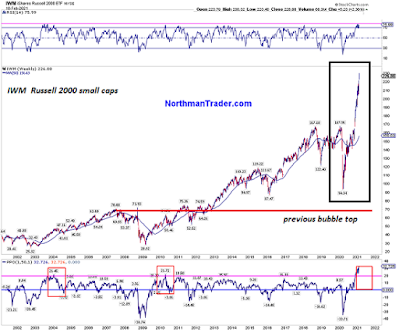 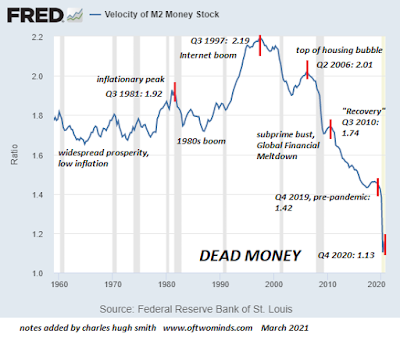 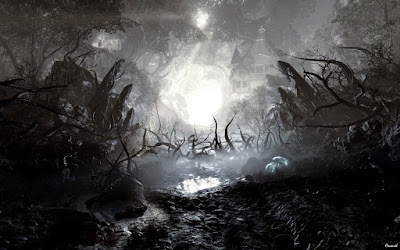