Conquistador of the Useless, Compulsive Addict of the Absurd 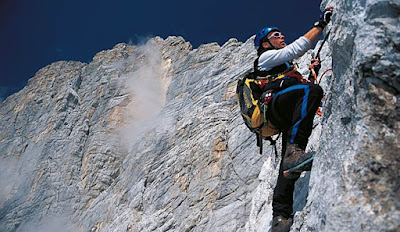 Why do I love to climb mountains? It is a question whose answer requires no justification for my part. It is who I am, and what I have chosen to do. If you do not climb rocks and you ask, you will never understand the answer anyway. It's about freedom. It's sensing deep within that being in the mountains hanging perilously from some vertical face is the most liberating experience one could ever know, even though it is quite the opposite of everything the world reminds us is important and worth doing. I share below an attempt at a cogent answer by Joe Simpson on pages 119 to 121, and 232 in his book This Game of Ghosts:

There is a perverse delight in putting oneself in a potentially dangerous situation, knowing that your experience and skill makes you quite safe. To stand with a friend in eerie moonlight at the foot of a vast mountain wall and be certain that you can safely reach the top – that is a wonderful feeling of self-confidence. It might seem an absurdly pointless thing to do, but to have the nerve to go and try it, just to see if you can, is an affirmation of everything noble in humanity. The task has been rationalized, and carefully weighed, and now you must act and do it right; it is a suspended moment. As you step up on to the first hold or drive the first axe blow you step into a new perspective, a world that is absolutely and cruelly real. The power of it is indescribable, as vital on the first step as it is on the last, at the base or on the summit, and the intensity only gradually fades on your return to the valley.

If memory could recall exactly the sense of a past experience, nothing would be done. We would sit out our days and fantasize about the past. Why challenge the present if the past can be so good? Fortunately our memory is kind. It blurs the bad times and softens the good. And as life in the valley, in the real world, if that is what it is, erodes the transient lingering memory of your last climb you understand that you must go back and stand under the shadowed wall again and commit everything.

At the same time there is a taint of insanity about it. How can I possibly justify losing my life, or that of a friend, in the pursuit of something so ephemeral as a passing state of mind, an achievement of the truly irrational? Why ascend a mountain by its hardest, most dangerous face when you can walk, hands in pockets, up the other side? Or, in some cases, sitting in a train or a cable car? If it were simply adrenaline that you were after, you could take a ride on a roller coaster, snort a line of cocaine, or indulge in a fraught extramarital affair, any number of things that have thrills without kills. Why be a conquistador of the useless, a compulsive addict of the absurd?

The eighteenth century theologian and philosopher, Jeremy Bentham, developed a theory he called 'Deep Play', whereby what the player stands to lose is completely disproportionate to what he can possibly gain. In climbing there is the death of yourself, or your friends, or the loss of toes and fingers, to set against the transitory pleasure of a summit, the thrill of the adventure, the fleeting satiation of an irrational desire. The fact that the desire can never be fully gratified is the addiction. Perhaps the desire is deeply rooted in the very absurdity of the undertaking. It is so wonderfully pointless and meaningless that it has to be done.

You create the potential for death by going to the mountains and taking the risks, and yet you do not want to die. It seems to make no sense. It makes no sense until you have stepped too close to the edge. Then you understand why you went there and perceive that you have enhanced your life, affirmed what it is to be alive by realizing what it could be like to die. It has been argued that climbing mountains, tip-toeing along the knife-edge between life and death, is a way of looking into the ultimate unknown.

In his book The Great Blue Dream, Robert Reid wrote:  "In the curious playgrounds of their sport, mountaineers learn what primitive people know instinctively – that mountains are the abode of the dead, and that to travel in high country is not simply to risk death, but to risk understanding it."

He goes on to suggest that the reason for death being so essential to the mountaineer is that it enables him to see life for what it truly is. Climbing prepares one for death, leads one towards the edge of another world into which one can look without fear. In the urban world our greatest and deepest anxiety is the fear of death, but in the natural world of the mountains it is possible, he argues, to overcome this fear. Far from being separate from life, Reid believes that death is really a smooth continuation of life, and for this reason the mountaineer can move easily to the edges of each world. In so doing he can discover the true beauty of life through having experienced the essential nature of death.

State of the Union 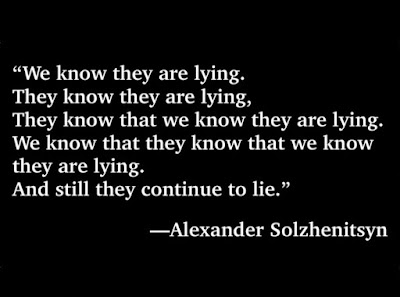